The Portuguese striker Helder Postiga gave the visitors early lead before David Succi sent almost 25,000 home fans into raptures 13 minutes from time as both teams shared the points, following which Kolkata moved up to third in the 2016 Hero ISL table with 15 points from 11 games.

Speaking to the media after Sunday’s clash against Chennaiyin F.C, the Spanish man and the ATK’s head coach Jose Molina assessed his team's performance,

“I think we could have won today and we were absolutely the better team in the first half, and in the second half Chennaiyin kept possession and put us under pressure. We could not defend well and we could not even press up much. I would like to say Chennaiyin deserved their point.”

“We wanted to win here and we put our full energy trying to win but it's okay. We have got one point and it is always good to add points. Yes, we prefer to win but with this point we are third on the table and we have just got to continue to keep fighting and trying to win.” Molina added.

When Molina has been asked about if the Kolkata team missed the Canadian striker and ATK’s top scorer Ian Hume,

“Yes. He was on the bench. He had some pain in one of his legs and we could not use him as it would have been a great risk, so we preferred to keep him on the bench thinking of the next game as he was not fully fit.”

The 46-year-old Spanish coach also explained the reason, what led to midfielder Javi Lara playing on the right.

“I put Javi Lara on the right because he was the best choice and also because we did not have [Sameehg] Doutie available… I made this decision thinking about our attack and our defence. We tried to attack Chennaiyin from both the wings and not only from the left side.”

And also provided a fitness update of the centre-back Henrique Sereno, who was replaced by Kinshuk Debnath in the second half on account of injury.

“Sereno had an issue regarding his hamstrings and we will check tomorrow and we will know more after the tests and I hope it is not too serious,” Molina concluded. 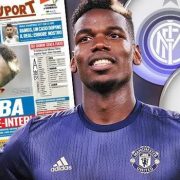