The 57 year old German entrepreneur and the CEO of Borussia Dortmund believe that their star man Aubamyang is good enough to have bigger club, if he leaves them.

The CEO if Borussia Dortmund thinks the club would have to consider €80 million for the 27 year old attacker.

Within a few days the Gabonese international would rejoin the Dortmund side after his side got eliminated from  the Africa cup of nations on the their home land.

This season Many Europe’s heavyweights are after him and he has been linked with many clubs.

The CEO of Dortmund Hans-Joachim Watzke believes that if any club is willing to offer at least €80 million, then the club’s hierarchy will think about on that.

He said: "We can never guarantee that a player will stay with Borussia Dortmund forever, but our strength is to always find new solutions,"

"Auba was our alternative to 'the world ending' after [Robert] Lewandowski's departure [to Bayern Munich]. With an €80 million offer, I would be thinking about [club president] Reinhard Rauball and [sporting director] Michael Zorc – if we had one [an offer], we would have to get together with Pierre-Emerick [to discuss it].

"We always have to differentiate between situations where there is such an offer, but we have no pressure… I would prefer it if no offer came.

"[He] is definitely good enough to go to an even bigger club. There are only a few, but I'm glad to read that it's a good idea to go to Barcelona," he added, perhaps referring to Aubameyang's recent claim that Dortmund are not on the same level as Barca, Bayern Munich and Real Madrid. 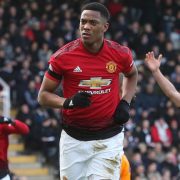