Transfer News refer that the former Barca coach Luis Enrique avouches that in Barcelona had an agreement with Monaco for Mbappe but he ultimately joins PSG.

Some transfer news suggests that on that deal Barca agreed to acquire Mbappe and Barcelona man Arda Turan will go to the opposite direction but the 18th-year-old teenage sensation Mbappe did not approve the deal.

In spite of this Mbappe choose to join the French capital side PSG this season for a season-long loan and expected to make a permanent move their for €180 million in next summer.

Even few days’ back Lionel Messi’s former agent also confirmed that Mbappe was one step away from joining Barcelona this season but eventually the deal could not take place.

This season Mbappe is having a great season with the French capital side, so far he has scored 6 goals for them in his 12 appearances in all competition. 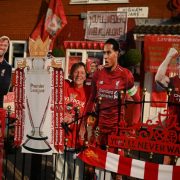