Some transfer News suggests the repletion of the Dortmund star’s deal could see the Frenchman Oliver Giroud to move to the Blues for £35 million.

The Gabonese international is one of the brightest stars in this football galaxy and he is doing well for the German giants in the last couple of season,

If the Aubameyang deal got completed, then the Arsenal star Giroud can make his move to Stamford Bridge if the Blues able to match the value of £35m for the frontman, and there he will be able to play the Champions League football for the Blues this season. 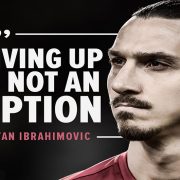