As per the sources have confirmed there is no problem between Toure and Guardiola, and the clinch that is taking place s of no truth contained.

It was been taken into consideration that the Ivorian midfielder has a bit of clash with the Manager of the club regarding that some clash took place between them at the Etihad stadium but the representatives have denied this incident saying nothing sort of scenario happened.

The agent of the Midfielder Toue have clarified it in public that everything is going on normal and with the same flow as it was earlier.

"Problems between Yaya and Pep? No, absolutely not. I can deny those claims," he told Tuttomercatoweb.

"Yaya will stay at Manchester City. He has a valid contract until the end of the season. After that, we'll see what the best solution is for his future."

"There are many teams who would like Yaya, not only in Italy," he said.
When asked why a deal with Inter could not be reached, he added: "The problem was with Manchester City, who asked for a lot of money to let him go." 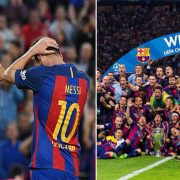