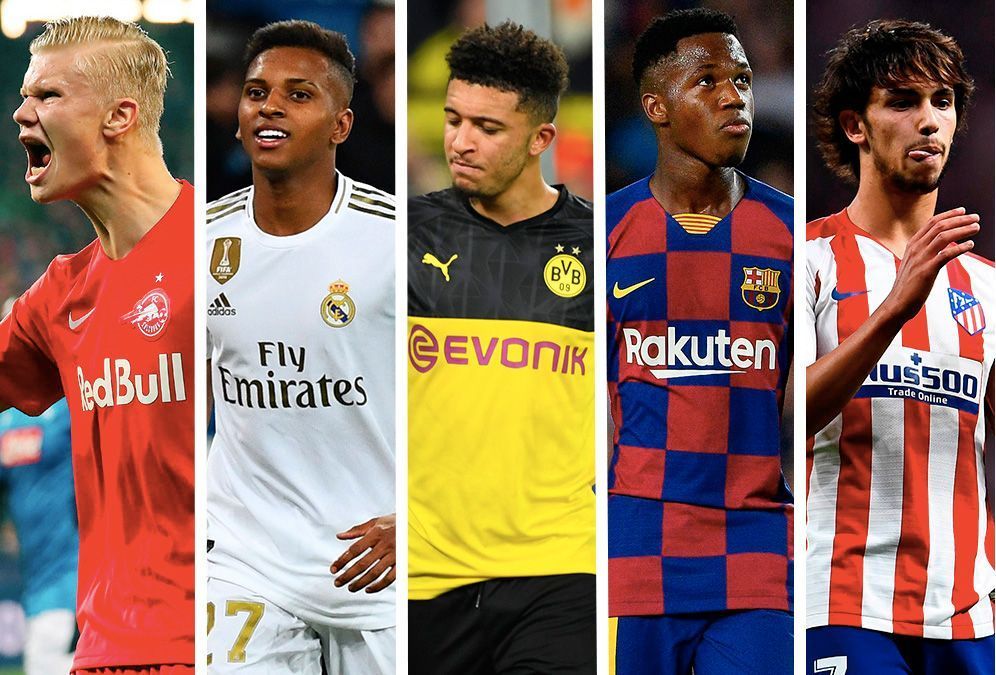 In today’s world, players are scouted, signed and trained earlier than ever before by putting lot of hard work as well as money. Teams utilize wide scouting networks to find the hottest young good football players in the hope of finding one that will eventually become a world-class talent.

As a result, fans now have the ability to watch these players grow, mature and hopefully succeed beginning from a very young age,Some players work out a lot while some doesn’t much. But when they do, they take their place among the best in the world.

Look no further than the 2020 Euro Cup and Copa America 2020 that is on the horizon, as the tournament will feature many young & exciting players who will amaze fans for many years to come—as well as those who were considered to be stars years ago, and are at their best right now.

Quite simply, these players are the future of football, and the future looks very, very bright.

Here are some best young footballers who could very well be the best in the world in the year 2020, under the assumption that they will be at the peak of their powers once they reach their late twenties.

While Lionel Messi still holds the title as the best footballer on planet earth even at 32 years of age, the majority of the players who are directly chasing him for that distinction are indeed in their twenties except Cristiano Ronaldo who has been a fierce Challenger of Lionel Messi since last 12 years. But now as we all know they both are getting older and young football players need to take their place in football to keep that charisma alive for future. And who can fill their boots better than the youngsters once they retire from football.

This is a list that could have easily featured upwards of 50 names, which means there were lot of young talented players, some of them may ultimately turn out to be better than the ones who have been selected to make up this list. 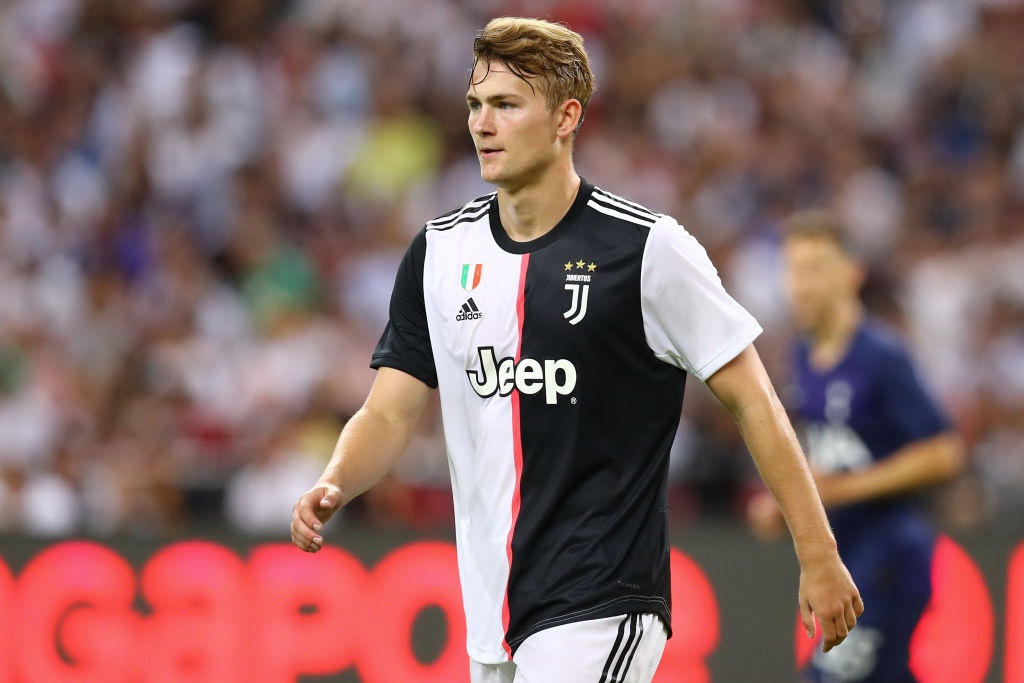 De Ligt did his schooling from Ajax youth academy where coaches first thought that he is too slow and unfit to be a professional footballer but he proved them wrong with his impressive improvement in his game.

He made his senior team debut with Ajax in 2017 and just after 25 minutes made his debut memorable by scoring a goal. Same year, he became the youngest player ever to play in a major European tournament final against Manchester United in UEFA Europa league.

In 2018, he won the Golden boy award and become first defender in history to win it. Ajax made him the captain of their team in 2018-19 season where he lead Ajax to win domestic double and reached to Champions league semi-final, and of his staggering performance for Ajax he earned a place in the Best young footballers list. 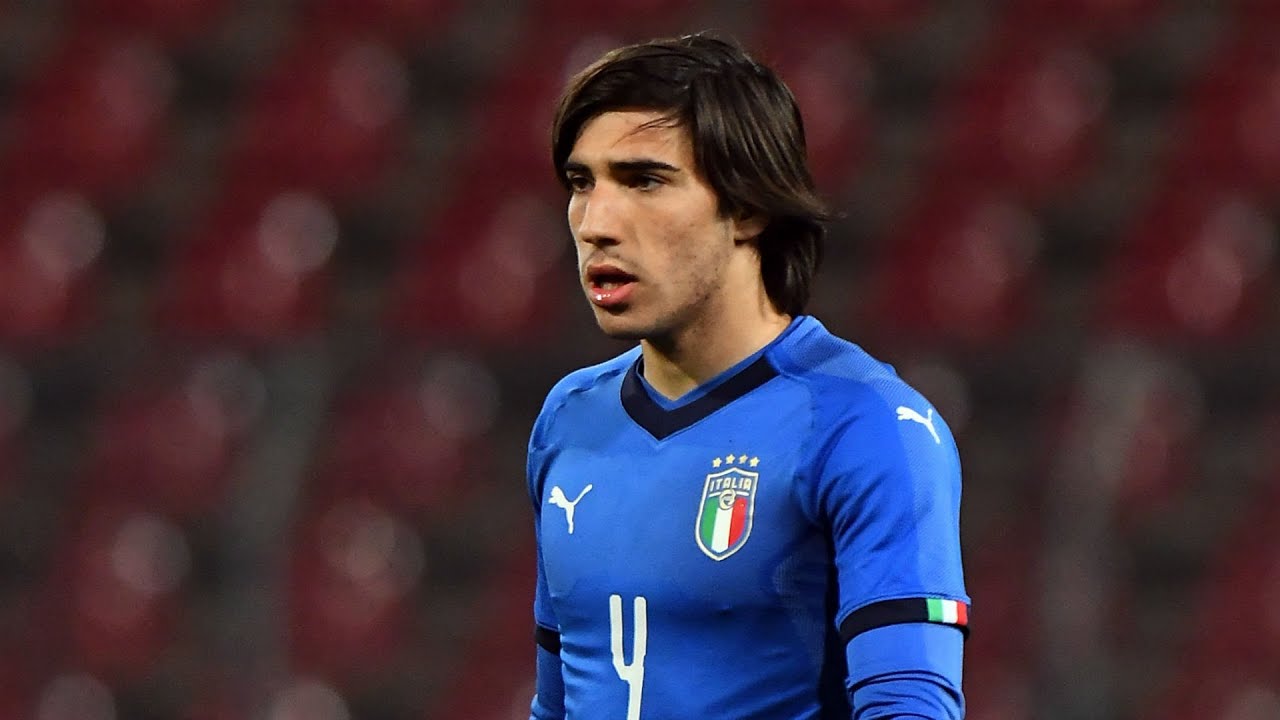 Sandro Tonali made his professional debut in Serie B against Avellino in 2017. Same year he won Serie B title with Brescia and promoted to Serie A. He won Serie B best player of the year 2017 and best young player in Serie B.

After promoted to Serie A, He’s become a regular starter in the team and playing a major role in midfield. He made his senior national team debut in 2019 against Liechtenstein.

Often he is also linked to Italian legend Andrea Pirlo because of some similarities like movement with or without the ball, coordination, playing style, position, etc. That’s why he is regarded among the Best Young footballers in Italy, and also has the potential to become the best cdm in the world. 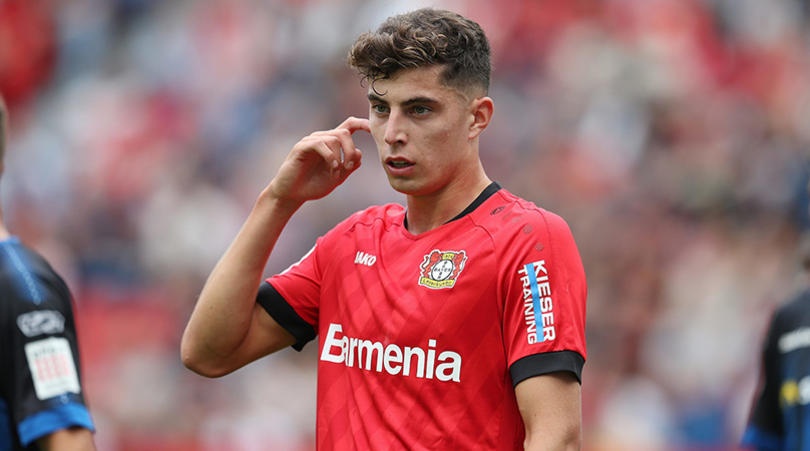 He started playing football with amateur side Alemannia Mariadorf and at an age of 11 joined Bayer Leverkusen. He scored some amazing goals with the Bayer youth team and got promoted to the senior team in 2016.

He made his senior team debut against Charles Aranguiz and became the youngest ever player to play in Bundesliga at an age of 17. He has become the youngest player in Bundesliga to have 100 appearances at an age of 20. He was also runner-up to Marco Reus for the German footballer of the year 2019. He made his senior national team debut against Peru in 2018.

He’s been described as the technically gifted two-footed midfielder who is comfortable with the ball on both feet. In his early years, he was being compared with the Mesul ozil because of similarities in playing style. Now German media described him as an Alleskonner ( a player who can do everything ).

Havertz is currently among the Best young midfielders in the world and many European big giants are also after him to secure his place in their team. 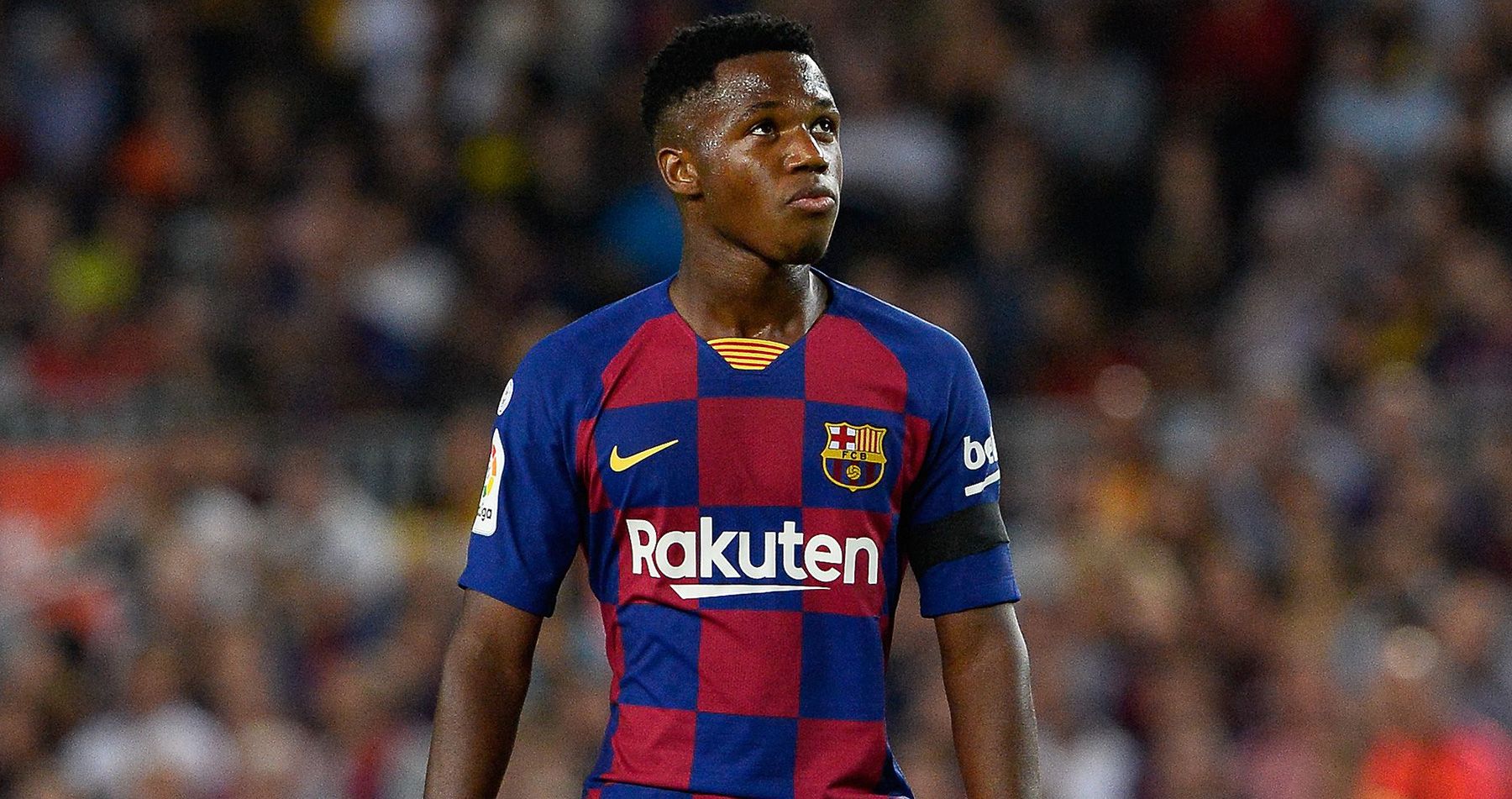 Very few players are getting as many headlines as Ansu Fati is getting right now due to his amazing talent and currently among the best young players in La Liga. He is also from Barcelona football academy La Masia. He has the potential of becoming Leo Messi’s heir at Camp Nou in the future.

He is just 17 and has already played with Barcelona senior team. He’s recently become the youngest football player in la Liga to score a goal as well as in Uefa Champions League.

Given some of the talented players lost from their academy of late, Barcelona is clearly taking no chances by signing a new 100 million Euro release clause with 17-year-old Barcelona winger.

The way he is playing he is going to break a lot of records in the future and keeping in mind that he is just 17 he is gonna be the next big thing in Football. 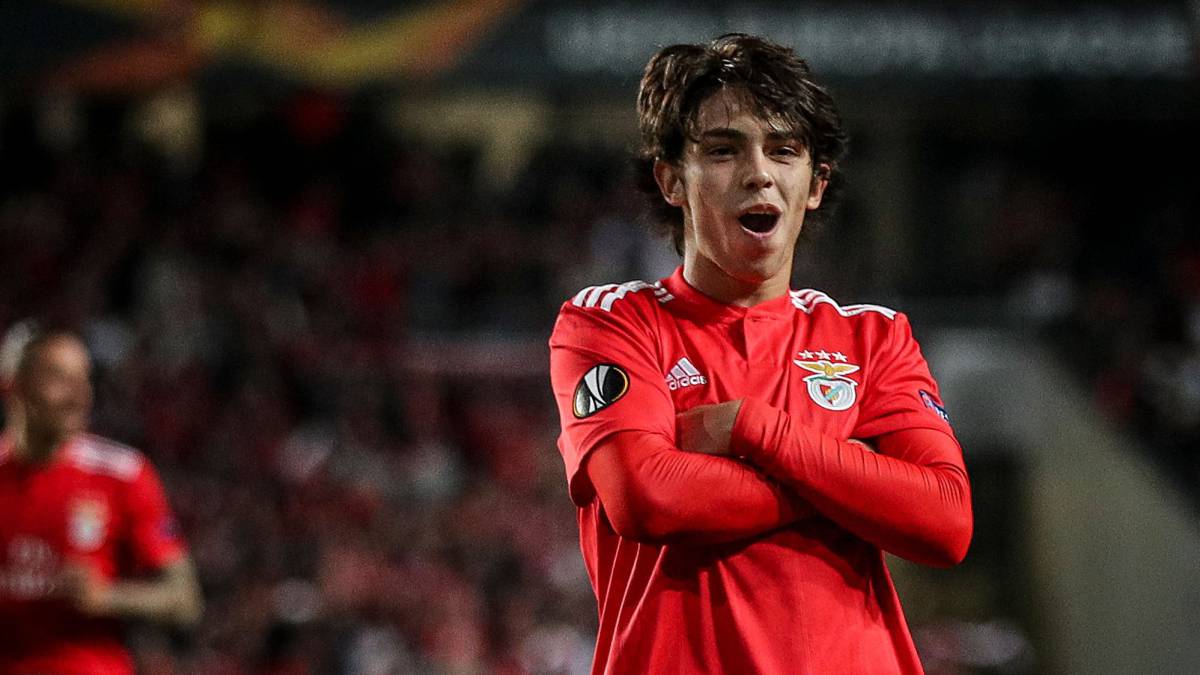 Joao Felix is 20-year-old young Portuguese sensation. He initially trained at Porto’s youth ranks and then moved to their rival Benfica in 2015. He made his first-team debut in 2018 and helped his team to win the domestic league in his season. He was also rewarded as the best young player of the year in his league.

He became the youngest player ever to score a hat-trick in the Uefa Europa league at an age of 19. Due to his splendid performances with Benfica, Atletico Madrid signed him for a club-record transfer at 126 million dollars.

He has also made his senior national team debut with Portugal and has win Uefa Nations league with them. Recently he came back from his injury and ready to play again.

Champions League is back!💫💫 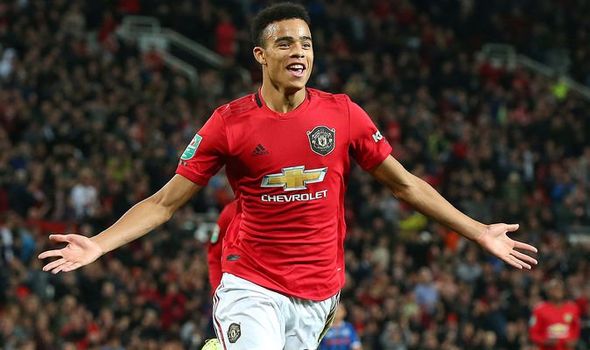 Greenwood began his football career with Manchester United when he was 6 years old. After rapid progress, he joined up the U-18 squad of United while he was also eligible for U-16 and came on top with the highest goal scorer. Greenwood was also named player of the tournament as the youth side won IGGT trophy in Netherland in 2018.

He made his senior team debut in 2019 against PSG in the Uefa Champions League and became the youngest player in the club history to play a champions league game. He is yet to make his senior national team debut from England.

He started his career as a Midfielder but gradually evolved as a forward. In July 2019 United coach Ole Gunnar praised him by saying “He can play in all front three positions. He is a natural. He can take penalties or free-kicks from both feet. He is a player you would call 50-50 or 51-49 left foot”, with his goal-scoring ability he created the buzz in the English premier league and many tagged himself as the young best footballer strikers around the world. the Red Devil star man has the potential to include his name in the list of best strikers in the world. 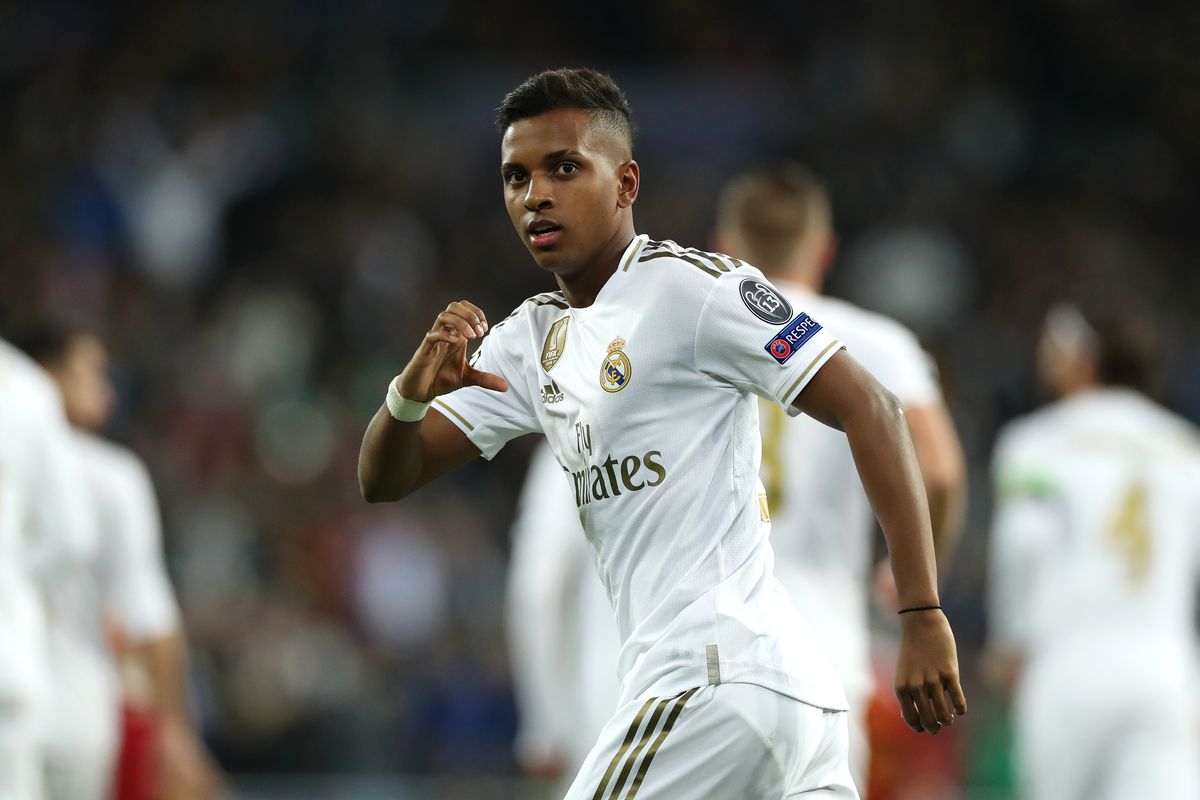 He began his career with Santos in the Brazilian league where he played 80 games and scored 19 goals. In 2019 Real Madrid bought him on a transfer fee of 45 million Euro.

Rodrygo made his debut with Real Madrid against Osasuna and scored a goal within a few minutes. At just the age of 18 he has scored a perfect hat-trick in champion’s league against Galatasaray in 2019-20 and becomes the second-youngest player to score a hat-trick in this tournament history, the young Brazilian has the potential to become one of the best wingers in football.

Because of his incredible performance with Real Madrid, he has also called up for Brazil’s senior team and made his debut in 2019 against their fierce rival Argentina. He is going to be one of the most watches out young players in 2020. 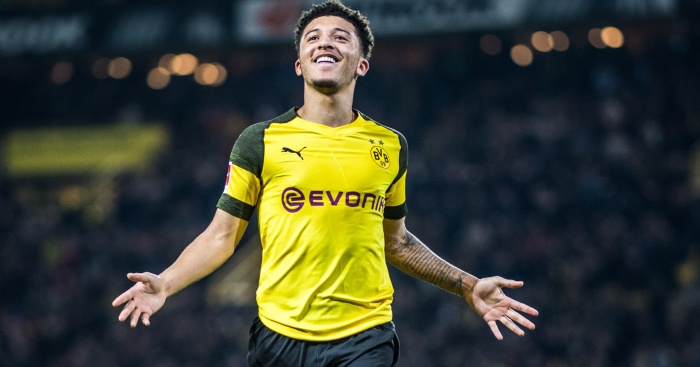 Jason Sancho began his career with Watford and then he joined Manchester City as a youth player. After that Sancho signed his first senior team contract with Borussia Dortmund in 2017. In the first year, he didn’t get much chance but was able to impress the team management with his performances.

In 2nd year he established himself as a regular starter in playing 11 and was named in the Bundesliga team of the season 2018-19. He has also won his first trophy with Dortmund after defeating Bayern Munich in the DFL super cup in the same season and he is among the best wingers in the world.

Sancho has won the 2017 U17 world cup with England youth team. He has made his senior team debut in 2018, and right now he is among the Best young footballers who are representing England at senior level. Currently, he is having a great time in the German league with his incredible performances with Dortmund. 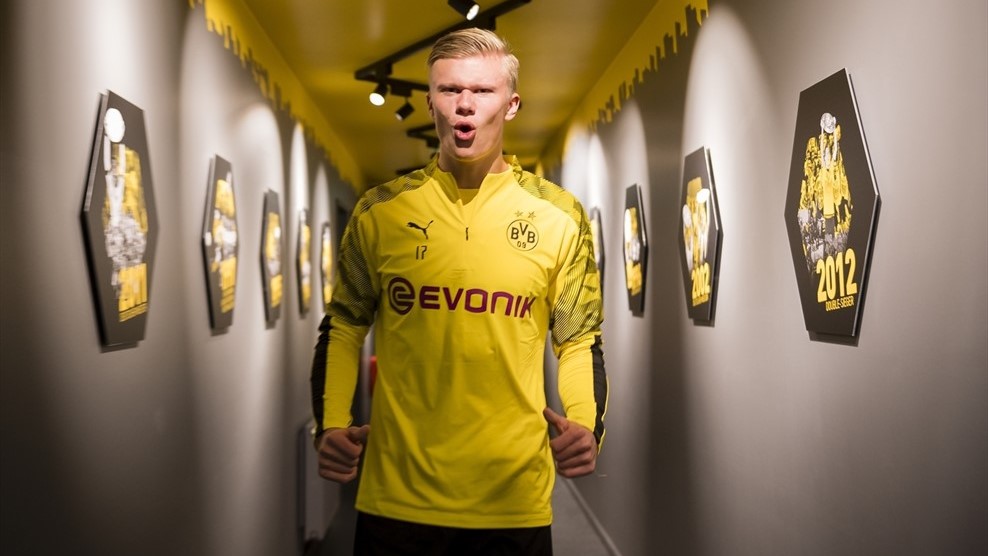 He is 19-year-old young sensation in football. He started his career in his hometown with Bryne Fk in 2016. In 2019 Australian side Redbull Salzburg signed him on 5-year contract.

In 2019-20 champions league, he is in a spectacular form with scoring 8 goals in 5 consecutive matches. He has also won the golden boot in FIFA U-20 world cup with his impressive performances.

Just couple of days before Holland has completed his transfer to Borussia Dortmund with a 4-year contract to shine in one of the top 5 Football leagues in the world.

He has also made his senior national team debut with Norway against Malta in 2019. Currently, he is on a very impressive run and it would be delighted to watch him play with Dortmund in upcoming matches, and the 19-year-old is among the star players for the German giants. 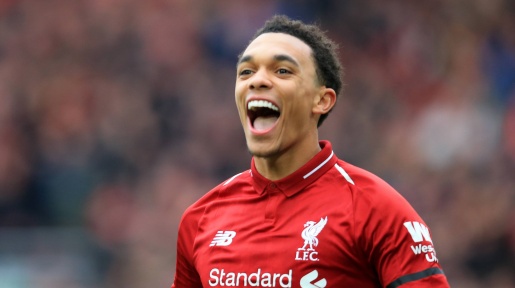 Arnold joined Liverpool academy in 2004 and later became the captain of the youth team. He made his senior year debut in 2016 and has played more than 100 games.

He made his senior national team debut with England in world cup 2018 against Belgium. He has also featured in FIFA pro 11 in 2019 and finished 19th in FIFA ballon’d or.

He is regarded as the best full-backs in the world right now because of his overlapping runs, switching of play, the accuracy of crossing and work rate in tracking back the ball. 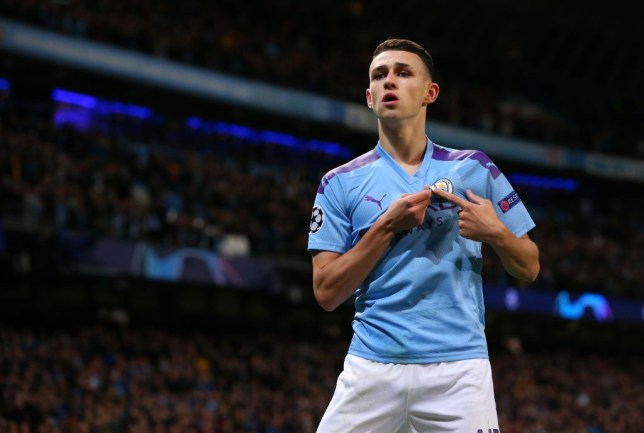 Phil Foden got the attention of football lovers in the U-17 world cup at Indian where he played an instrumental role for his country to lift the world cup, because of his wonderful performance for his country the Englishman won the FIFA U-17 Golden Ball award.

In the same year, he also made his senior Manchester City debut under Pep Guardiola and named BBC Young sports personality year award.

Foden is the youngest player to receive the premier league winner’s medal, and in the year of 2019, he becomes the youngest member for Manchester City to score a goal in the UEFA Champions League.

Good to get a win tonight especially after the break off. Great to see Pablo too! City legend!! 💙 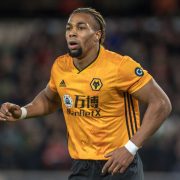