Jose Mourinho, recently compared Neymar with Pele and with many other legends . He said Neymar must win with Brazil to have the pinnacle of success.

The Brazilian star , Neymar is considered as one of the best players in the modern era. He is having quite a bit of success with PSG and have dominated the Ligue 1. Neymar also had this kind of success when he was with Barcelona.

Pele and Neymar , both started their career with Santos and both had success in their youth years.

Though Neymar has domestic success , his international success doesn’t match the same. Having Gold Medal and winning Confederation Cup , Copa America , he now has to win World Cup.

In 2014 World Cup , Brazil was humiliated by Germany . They were demolished by 7 – 0 . At that time, Neymar was suffering a back injury.

In the 2018 World cup held in Russia , Brazil was knocked out by Belgium . The score was settled 2 – 0 to Belgium’s favour. Neymar was present at that time. But he did not showcase his goalscoring skills more than his theatrics.

However a Brazilian football magazine, Placar, recently named Neymar as the country’s greatest player since Pele. As a result they drew many criticism . They completely ignored Legendary players like Ronaldo,  Zico , Ronaldinho and Rivaldo .

Neymar is a fantastic talent and nobody can doubt that.

He came to Europe and won immediately.

But I think they forgot players that were the best of the world at some point, such as Ronaldo and Rivaldo, just citing two, and I could remember more. They also came to Europe and were fantastic, but beyond that, they passed through this special situation in a country’s life that is succeeding on the international level.

Neymar will keep fighting to be on Europe’s elite, where he already is, and this [winning with Brazil] will continue to be a dream for him.

Brazil is hosting the Copa America ib 2019 . Neymar will get another chance to win an another Copa America. But now, He is suffering from a broken foot . And PSG is in desparate need of him as Champions League is at their doorsteps. 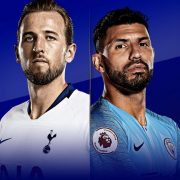