Last night in the Champions league round of 16 Manchester City played against Monaco in the last 16 and in that nail baiting match Manchester City won the match by 2 goals and the Spaniard coach thinks for this kind of match they brought him.

The Catalan coach thinks that Manchester City’s wonderful win against over Monaco in the Champions league by 5-3 goals was one of the special game in his coaching career and he thinks because of this the Manchester City wanted him so badly this season.

In his debut season this is his one of the best moments as a coach as his side won the match by 5 goals to 3 as they scored last three goals in the last 19 minutes at their home soil and makes it their match.

Next month they will face Monaco in their home ground and with that win they are now the favorite ones to reach to the quarter final.

Guardiola also feels that strategy what he used against them proved to be the perfect one for them also thinks that because of this kind of games the Manchester City spent some money to bring him form Bayern Munich.

He added: "We attacked in small spaces, we defended huge spaces behind,"

"It was a special game, I cannot deny that. Ups and downs. We attacked quite good, our build-up was quite slow, but it was not easy because Monaco are so organised.

"I would like to see how many teams are able to get a clean sheet against Monaco this season. They have fantastic players.

"They always arrived with six, seven players and I haven't seen a team attack with so many good players for a long time.

"We understood immediately they are going to attack with runs in behind. It is so, so difficult but we created a lot of chances and I don't know if Monaco have seen a team create as many chances as we did against them."

In that match their goalkeeper Willy Caballero saves a wonderful penalty against Radamel Falcao, he accolades about the goalkeeper for that. 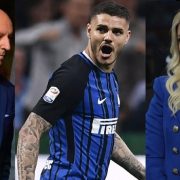