Serie A news says that the Napoli gaffer is not happy with his boy's slow start against the Manchester City side in last night’s match though they almost recovered a point from the game.

Maurizio Sarri bemused with the Napoli players after their slow start off against Manchester City side and he believes because of that Napoli conceded two goals in the opening 13 minutes.

Raheem Sterling opened the scoring for the Manchester City side and just after his goal the young Brazilian striker Gabrial Jesus scored the second goal for the home side,

In the second half the Napoli star Man Mertens missed a spot kick but in the second half Napoli controlled that game and they created a lot of chances and also scored one goal from spot-kick but they unable to find a point from that match.

Amadou Diawara scored the single goal for Napoli from a spot kick but despite the Serie A  side lost the match Sarri took some positives from that match.

He elucidated: "I don't know what happened in the first 30 minutes,"

"We gave too many spaces to a devastating team and they punished us.

"We were very poor, but we played very well for the rest of the game. Playing at same level of Manchester City for over an hour is already something.

"We managed to fight back and not many teams at the moment are able to come back in the way we did and cause difficulties for Man City.

"We regret the fact we missed the first penalty, but we know now that we are on the right path to be competitive in Europe as well."

But after the match the Napoli star Mertens was angry with his first-half penalty miss against the Manchester City side.

Mertens said: "We have proved that we can play at this level, but we are very angry – especially because we did not manage to play our usual game in the early stages and because we missed very good chances later on,"

"I missed the penalty and I had another good opportunity. I really should have scored.

"I'm more angry with myself than satisfied with our reaction, there's no doubt about that." 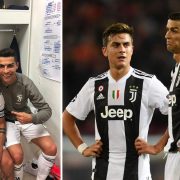