According to Serie A, the Napoli president says that he would never truck Sarri for the high profile, Pep Guardiola.

Aurelio De Laurentiis, the Napoli president says that he would never swap their manager for the Manchester City manager.

Under Sarri Napoli has become one of the most exciting teams in Europe, this season they have won all of their  Serie A games comfortably and right now they are sitting at the top of the Serie A table, but their counterpart Juventus boss dismisses Napoli recently.

Allegri says it is easier to be beautiful than winning, Napoli is the first team in Serie A to win all of their seven matches and scored 25 goals in seven matches.

The Napoli president says that he will always be placed Sarri ahead of the Manchester City manager Pep Guardiola,

Both the teams would tackle each other on October 17th in their Champions League match.

He added: "I would never exchange Sarri for Guardiola, even if they were to earn the same salary,"

"Sarri is a serious professional who studies his players for months before letting them on the field, which is why I didn't want to revolutionise the squad this summer."

"Everyone tries to push forward their own agenda. I say we are both beautiful and winning. I think Gonzalo Higuain is missing Sarri more than the other way around. Our coach is a gentleman and a very sweet man, so doesn't want to get into fights — unlike me.

"Lots of strikers had their best seasons with us, as Edinson Cavani got 30 goals, Ezequiel Lavezzi bloomed here and even Fabio Quagliarella did well.

"Sarri is a great coach who came from the lower leagues and with Napoli his ascent has been exponential. He is a young mature coach, because despite his age he accepts innovation. He studies football and puts into practice what he learns."

Napoli will face Roma on this Saturday in their next Serie A match. 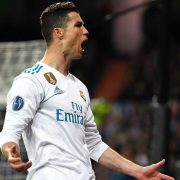