The Spain international Sergio Ramos García simply known as Ramos, who is currently playing for the La liga giant Real Madrid, blasted Sevilla FC’s fans after his side advanced in the Copa del Rey on Thursday.

The Spanish international Ramos was not happy with his former club supporters as the Spanish giant Real Madrid reached the Copa del Rey quarter-finals with a thrilling draw against Sevilla FC on Thursday.

The 30-year-old Real Madrid’s captain and star defender Ramos, who has already scored more than 40 goals in his 347 appearances for the Spanish giant since he joined the club in 2005 has celebrated in front of Sevilla fans after his 'Panenka' from the penalty spot late on, while Karim Benzema struck in additional time to extend his team's unbeaten run to 40 matches.

But, he was not so happy with his former club’s fans as he blsted Sevilla FC’s fans after his side advanced in the Copa del Rey on Thursday.

As in an interview Ramos said, "I did not disrespect anyone,"

"I asked [goalkeeper David] Soria to forgive me, that I was not to blame.”

"I am not a fan of a section that has remembered my mother and insulted me from the first minute.”

"It will always be my home more or less. I am the captain of Madrid and I will defend my team." 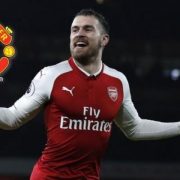