Real Madrid captain and star defender Sergio Ramos believes that Real Madrid will once become the European Champions even after they lost the UEFA Super Cup to city rivals Atletico Madrid.

Football news: After the loss in the UEFA Super Cup to Atletico Madrid, the defender issued a rallying cry for his teammates

Atletico won the game in extra time by 4-2 goals in Tallinn on Wednesday. It the first time since 2000 that Real Madrid lost in an international final.

This is why several doubts started emerging regarding the team’s state after Portuguese star Cristiano Ronaldo left the club this season to join Juventus.

The game went to extra time in the Estonian capital and was put to bed by strikes from Saul Niguez and Koke which sealed the victory.

After the defeat Ramos issued a rallying cry over the social media in support of his team and teammates.

We learn something from every defeat. We will make this badge win again.#HalaMadrid yesterday, today, tomorrow and forever. pic.twitter.com/JlOzICxohX

"We learn something from every defeat. We will make this badge win again," Ramos wrote on Twitter. "No one will doubt it.

Julen Lopetegui’s men will begin their La Liga season this year against Getafe at Santiago Bernabeu on Sunday. 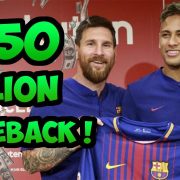