The 56 year old Mohun Bagan coach Sanjoy Sen expressed that his lack of adhesion of to squad rotation.

In this season the Atletcio De Kolkata won the ISL edition three and after the ISL everyone shifted their attention towards the I league.

The 2016 Federation Cup winning coach MOHUN BAGAN FC have had a listicle of choices on the impression of the ISL,

Sanjoy sen choose one of the points to raise that the motif of the Atletico De Kolkata’s Spaniard Coach Jose Molina does with the team during the tournament.

Jose Moina did a great job with the ATK side this season and he made nine changes in the semifinal against the Mumbai City FC and that changes amazed everyone.

On that thing Sanjoy Sen added: "I don’t believe in the principle of changing too many players from the playing eleven as it disrupts the playing combination and in a supporter-based club like Mohun Bagan, it is quite impossible as there will be too much criticism about it,"

On his working method he added: "I don’t frequently change players during back-to-back matches as it is against my philosophy. I want to stick to my principle as other coaches too have their own preferences."

On the other side the Mohun Bagan goalkeeper and ISL winner Debjit Majumder added: “I have learnt a lot from ATK coach as far as my confidence is concerned. Last year we were close to winning the I-League but didn’t make it. This year our focus will be to win the I-League again for the club.” 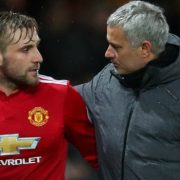