The Ajax defender avouched that he is being flattered after heard the news that Barcelona is planning to have him in their squad.

Davinson Sanchez the Colombian international says that he would love to play with the Catalan side at some point of his life.

This season the Colombian defender was in a fine form with his side because of his wonderful performance he has drawn attention from the Barcelona squad.

Though few days earlier he and his side faced a defeat against the Manchester United side in the Europa league final but an approach from the Camp Nou would be difficult for him to turn down.

The Colombian defender said: "Obviously I would like to play for Barcelona.

"It is a huge compliment [to be linked with them]. Who doesn't want to play for a club as big as Barca?

"Everyone wants to be part of a team like that, they're one of the world's elite."

The Central defender is tied up with the Dutch side until 2021 and he is focusing on his career there.

And he voiced: "I want to be clear that right now I am completely focused on Ajax.”

This season he has scored six goals for them in his 45 appearances. 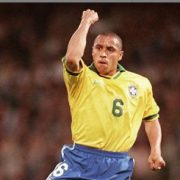