The 56 year old Argentine football manager Jorge Sampaoli is currently working with the La Liga side Sevilla and he reveals that in future he wants to work with his compatriot Lionel Messi.

The Former Chilean manager reveals that at some point of his coaching career he love to work with the Argentine Ace Lionel Messi.

The 56 year old Argentine coach is currently working with the Sevilla side they are also playing in the same division with the Catalan side.

In the 2015 the Argentine coach won the Copa America with Chile side beating the Argentine side in the final by penalties and because of that success he earns with the Chilean side he landed the post in Sevilla.

Under Sampaoli the Sevilla team is doing a fine job on the La Liga this season right now they are sitting on the third spot on the table with 33 points after 16 matches they are now 1 point behind from the Barcelona side and four points behind from the league leaders Real Madrid.

And he is doing a great job then with Sevilla this season and maybe one day he will get the opportunity to coaching the Argentine player Messi maybe in a club level or maybe with his county Argentina.

In an interview Sampoili told: “I would love to coach Messi and get to see him every day, from the side of the field. It's a unique opportunity to see the best player of the world up close.

“Today Messi is in great shape. Who wouldn't like to coach him?

“If you make a player like Messi happy you have 95 per cent of the game done. It's like those days when [Diego] Maradona felt fine. It's hard to lose when Leo is fine.”

This season Sevilla face two defeats from the Catalan side one is Spanish Super cup and another in La Liga but the Argentine coach still believes Barcelona side not dominant in now days as they were under Pep Guardiola.

He added: “They are very different. It's hard to match Guardiola's team. The players were at their peak and had a way of playing over many years that was greatly respected.

“Barcelona now is totally different: it's more practical. Leo is more comfortable nowadays at Barcelona as an assist maker and not a positional player.

“This Barcelona is not so in control. Guardiola's had [Andres] Iniesta, [Sergio] Busquets, Xavi and Messi, and they always had the ball. It was hard to beat a team with that possession.” 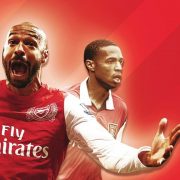