The Italy international Federico Bernardeschi, who is currently playing for the Italian side club ACF Fiorentina has long been on the radar of the Premier League duo Manchester United and Chelsea, but the Ligue 1 champions Paris Saint-Germain have made the first move over a potential transfer.

The 22-year-old Italian hotshot Federico Bernardeschi, who has already scored nine goals in 18 appearances in the Italian top flight this season is on the radar of the Premier League giants Manchester United and Chelsea, but according to the latest reports the France giants Paris Saint-Germain, who are struggling this season in the ongoing league have made the first move over a potential transfer of the young Italian forward.

As the latest TalkSports reports say, Paris Saint-Germain have made contract in regards to a move for Fiorentina striker Federico Bernardeschi,

And according to the sources the PSG boss Unai Emery is looking forward to ease the club's dependency on Edinson Cavani by signing the young Italian forward Federico Bernardeschi,who has who has seven senior caps for the Italian national side, has scored 19 goals for Fiorentina in his 79 appearances to date.

As the Uruguayan forward Edinson Cavani’s 18 goals in 17 Ligue 1 games were not enough for the Parisian giants to reclaim top spot from leaders Nice. 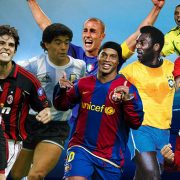