The English giant Manchester United will miss their man Paulo Dybala in the January transfer window as the Argentina international and Juventus F.C’s forward looks set to sign a new deal with the Italian giants.

The young Argentine international Paulo Dybala moved to Juventus from Palermo at the start of last season and has already scored 22 goals in his 41 appearances for the Italian giant.

But recently the 23-year-old is on the radar of the Premier League giants Manchester United and Chelsea, but neither will win the race for his signature as the Serie A champions Juventus F.C. offers him a new deal.

And it seems like Juventus do not want to lose the young Argentina international, who is considered as one of the brightest footballing stars in the future and the report say Juventus will offer nearly double his wages on a new four-year deal to fend off attention from the Premier League.

As according to the Tuttosport report,

“Manchester United and Chelsea both look set to miss out on signing striker Paulo Dybala from Juventus.” 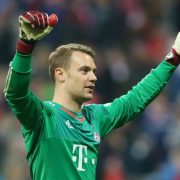