Last night the Argentine International just played seven minutes for the Old lady side, but his coach explained that he will be returning to the starting fixture.

Juventus manager insists that Cristiano Ronaldo and Paulo Dybala would play together despite with Dybala, Juventus return to winning ways last night against Sassuolo.

The 25 year old made apologise after he stormed off  the touchline during Juventu’s 3-3 draw with Parma and last night he was among the substitutes as the Bianconeri won the match with flying colours against Sassuolo by 3-0 goals.

Allegri put Dybala on the 83rd minutes, by that time Juventus were controlling that match with the help of Sami Khedira and Ronaldo, and along with them Emre Can also added the third for them, and that puts them on the top with 11 points clearer than the second placed Napoli.

After the match the Juventus manager stated: “I compliment the team for a clean sheet, which is very important. We’re in good shape.

“Ronaldo and Dybala can certainly play together and they will do, but we need everyone to work hard in order to keep the team balanced.

“It all depends on who you are playing against. If the opponents are really clammed up, you need to pass around them. If they leave gaps, you pass between the lines.

“Sassuolo have a strong midfield, so I had to balance my team that way.”

This season the 25 year old only manage to scored just two goals in his 20 appearacnes, he is well short from his last season haul of 20 goals, the Juventus coach explained that he will remain important for his side and explained that the arrival of CR7 made his a bit less effective in certain games.

Allegri voiced: “Players are disappointed, but every now and then sitting on the bench is necessary to recharge the batteries and rediscover the right mental toughness,”

“Different players have different characteristics. Dybala is playing the same role as he did last year and the year before.

“It’s just having Ronaldo, who is more of a striker, we need someone to find the space. We still need bodies in the box.

“You can play Dybala and Ronaldo, it just depends on the situations. Ronaldo played with Karim Benzema and Gareth Bale, so it’s not like they’re insane at Real Madrid.

“Everyone needs the right partner. Mario Mandzukic is very helpful for Dybala and for Ronaldo.” 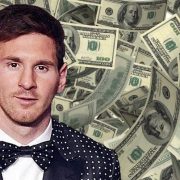