The former Brazil international and the 2002 World Cup Hero Ronaldo has recently reveals the reason behind that shocking haircut and said that he unveiled that iconic hair cut at the 2002 World Cup just to stop everyone talking about his injury problems.

The Brazilian legend and former Real Madrid and Barcelona’s star forward had a superb tournament in 2002 World cup hosted in Japan and South Korea, the first Asian hosts in the tournament's history, as they lifted the World Cup for a record fifth time.

And after scoring eight goals for his Brazil, the Brazilian icon Ronaldo, nicknamed El Fenomeno, was undoubtedly the major talking point after his recovery from injury

But still, Ronaldo continued to suffer niggling injury problems at that stage that attracted plenty of attention from fans, media and team-mates alike.

The forward then tried a change of look in time for Brazil’s semi-final clash with Turkey, which certainly got people talking about something else, so mission accomplished.

As in a recent interview, the 40 year-old Brazilian said, “My groin was hurting,”

“Everybody was only talking about my injury.”

“When I arrived in training with this haircut everybody stopped talking about the injury.” 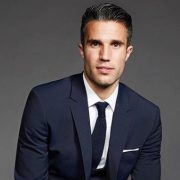