Juventus’s expectation about Ronaldo has exceeded much more they could have thought. Pavel Nedved is considering Ronaldo , “much more than a player.”

In the summer of 2018, Juventus secured one of most influential player of the world. The Turin based club secured the services of Ronaldo for $113 million .

Ronaldo has once again crossed the 20 goal mark. The 34 year old is showing no signs of slowing down. The Portugeese Superstar’s influence has a good mark in the team. His arrival at Turin has also increased expectations.

With Cristiano Ronaldo joining it has improved the mentality.

There always was a strong, winning mentality but there is something that he has brought which has influenced the rest of the team, that has affected them and has made them even more confident.

Other Articles related to Football:

Ronaldo is Much More than Expected.

On speaking about Ronaldo and their Expectation on him. He spoke :

No, he’s even more than that.

We knew him as a player but now we know him as a person and we’ve all been really impressed by his personality, his character. He is much more than a player.

The way I describe Juventus is that it exactly matches with him. Ronaldo is a Juventus player. It’s a perfect fit and it is the perfect mentality.

Nedved knows what the club Bianconeri means to him. He has spent 8 years in the club and a has a distinctive career.

Nedved also won the 2003 Ballon d’Or during his time in the club at Italy. he also said he liked English style of football as the Star ‘Ronaldo’ rose from english Football. He also got offers but never got the chance in english football

My agent received some offers and I have always been a great supporter of Manchester United and Sir Alex Ferguson, specifically, at that time.

They were certainly one of our greatest opponents and also a great source of inspiration and drive and desire.

He [Ferguson] achieved great things, unprecedented things and I don’t know if anyone else in the future will be able to achieve what he did.” 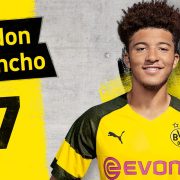