Football stars are known for their supernatural skills and for their style statements, the game of football is gaining its popularity day by day, and people are crazy to see their football stars up and close which beholds their popularity to a new level and in this recent days the best footballers in the pitch are among the richest players in the world, and clubs are also breaking their bank accounts to get the service of their desired players.

Nowadays total worth of the footballer not only decided on their income from football but also there were some other factors are well, Forbes has been doing his listing the financial standing of these football stars who all are playing in some top tier leagues around the world, So without further ado, let’s jump into;

Top 10 Richest players in the world: 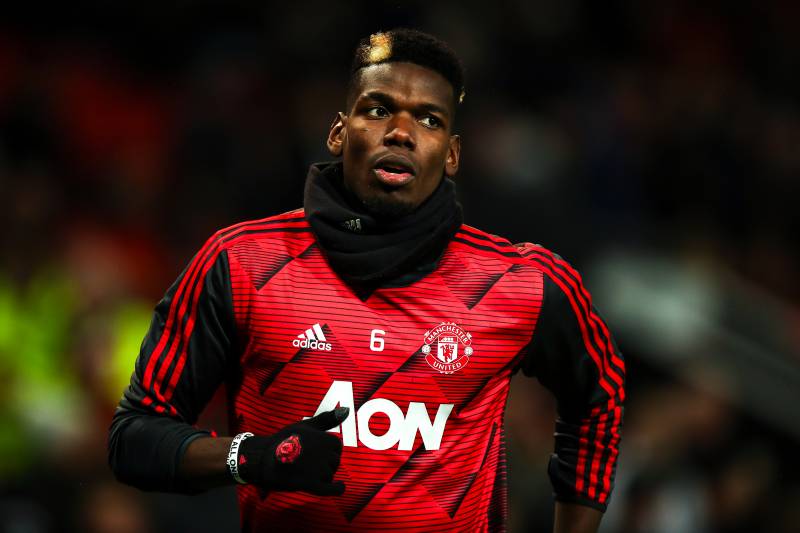 The Manchester United prodigy is one of the best in the business, there are very few players in the world who loves to stay in the limelight all the time. The Frenchman is one of the best midfielders in the game right now and also played a telegraphic role for his side World cup winning journey in 2018,

At Manchester United the Frenchman is earning £290,000 weekly wages, and his total net worth is around $85 million USD, and he is also endorsing brands like Adidas, and he has some luxury cars like Ferrari 812 Superfast, Rolls Royce Wraith Black Badge, in his garage, and now he is among the top 10 richest footballers in the world. 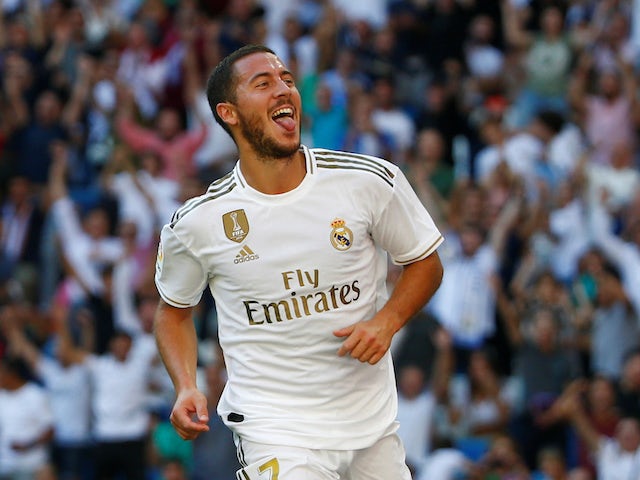 Last year his transfer from Chelsea to Madrid was one of the hottest topics in contention for the football fans, where Madrid spent $111 million to get the service of the Belgium international, this deal also highly increase Hazard’s wage structure than Chelsea.

He was an instrumental player for the Blues in their last premier league silverware under Conte, and because of his consistent performance at the Stamford Bridge Madrid rope in the star man.

Right now he is promoting brands like Nike, Topps and Electronic Arts,  and earns £400,000 weekly wages and his net is now around $100 million USD, and Belgium international is considered one of the richest footballers in the world. 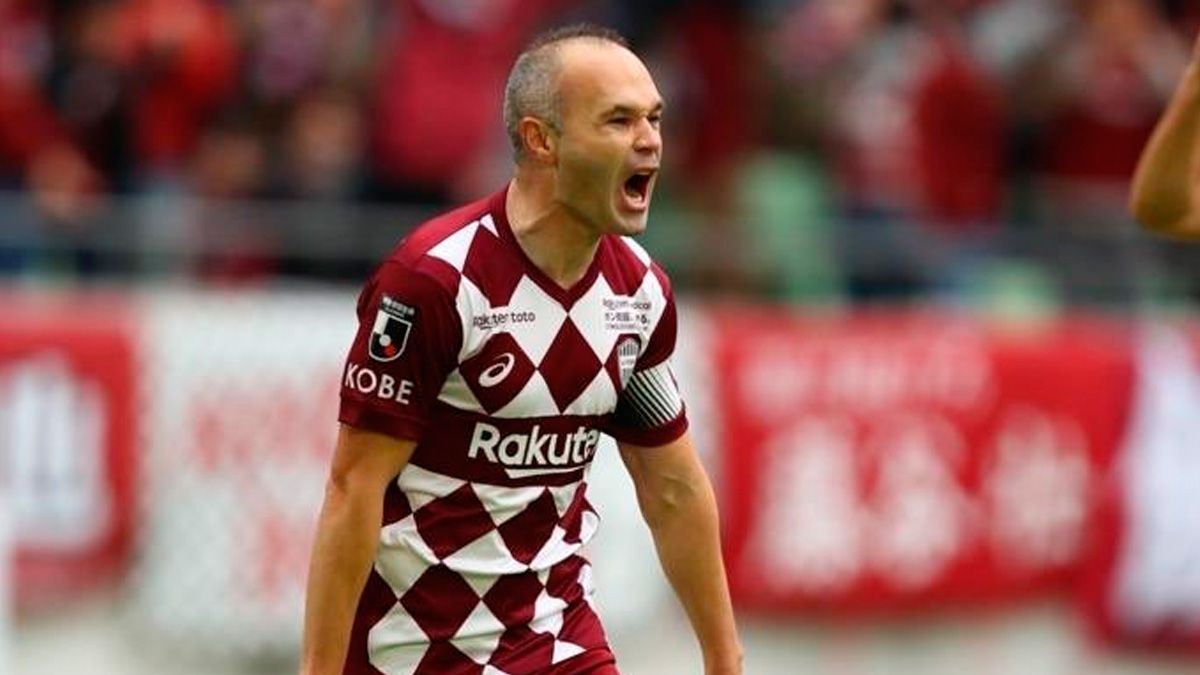 The former Barcelona man is the most decorated midfielder of this modern generation, and he is the one who made most of the twilight of his playing days, in his time at Barcelona and also with his country he has won gongs like European Championship, UEFA Champions League, La Liga, and the World cup.

From Barcelona, he chooses his next destination in Japan and joined Vissel Kobe in 2018 which risen his wages and also he receives a hefty bonus amount, and the Spaniard comes in the list of the richest sports player in the world.

In Vissel Kobe he is earning $576,923 every week as a wage and right now his current worth is around $120 million USD, Currently, the Spaniard is endorsing brands like Nike and famous Japanese brand Asics. 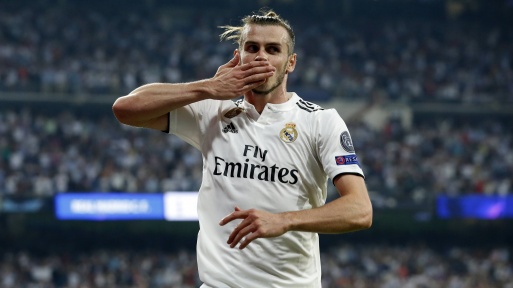 This season has been a tumultuous season for the Wales International at Madrid, as he has a very strained relationship with the Madrid manager Zidane.

Some rumors were there at the beginning of the season that he was about to leave the club and join some club in the Chinese league which will make him the latest European player who would join the clubs in China, but the Wales International decided to stay at Madrid and with the Los Blancos side he is earning  £350,000 weekly wages and his net worth is around  $125 million USD, and with his immense popularity and wealth, the Wales wizard makes his way in the richest players in the world chart.

Gareth Bale is endorsing brands like BT Sports, Adidas, and Lucozade, and in his hometown, he also has his own sports bar named Elevens, and with his endorsement value and his footballing value he one of the wealthiest football player in the world. 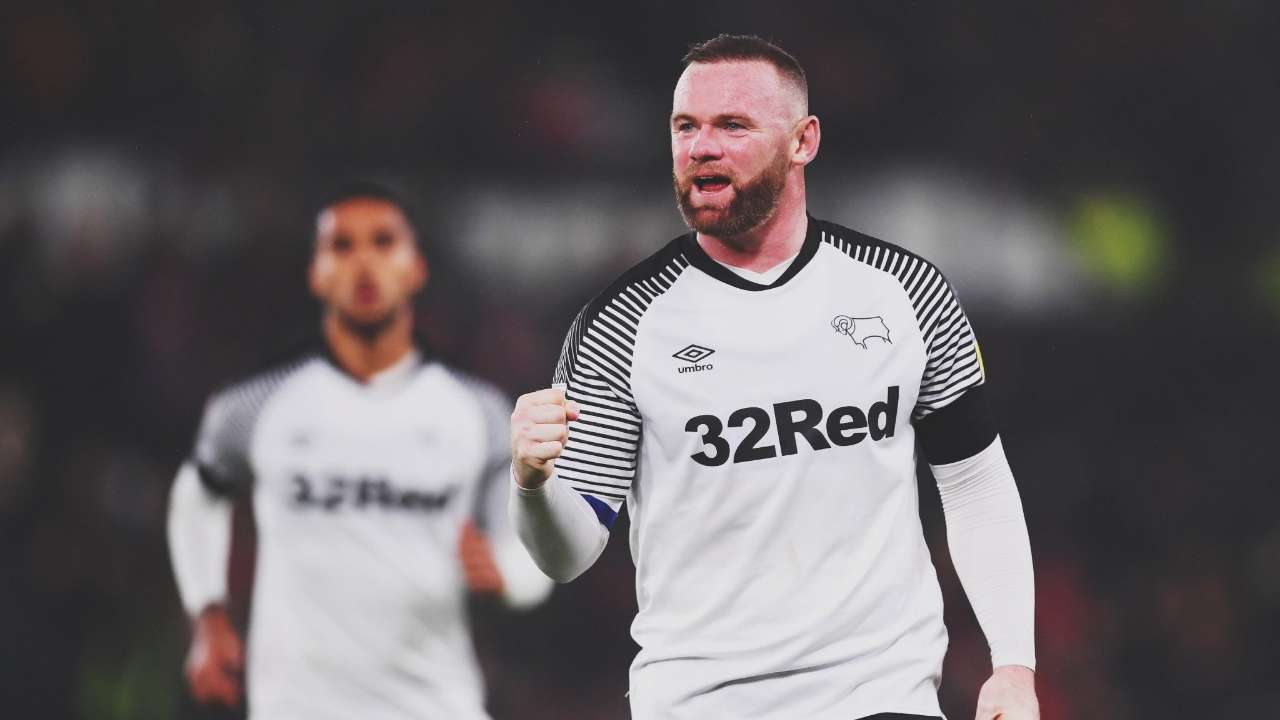 After his wonderful years with Manchester United, in 2018 the English international joined one of the fast-rising football leagues in the world MLS( Major League Soccer), and after playing his fair share of time with the American giant’s DC United now he is back in England at Champions league club Derby County where he is a player come, coach.

For his new role with the Championship club Derby County, he is earning £250,000 as wages, and his net worth value is  $160 million USD.

The former United striker is now endorsing brands like Samsung, Coca Cola, Nike, and EA Sports, and one of the richest football player. 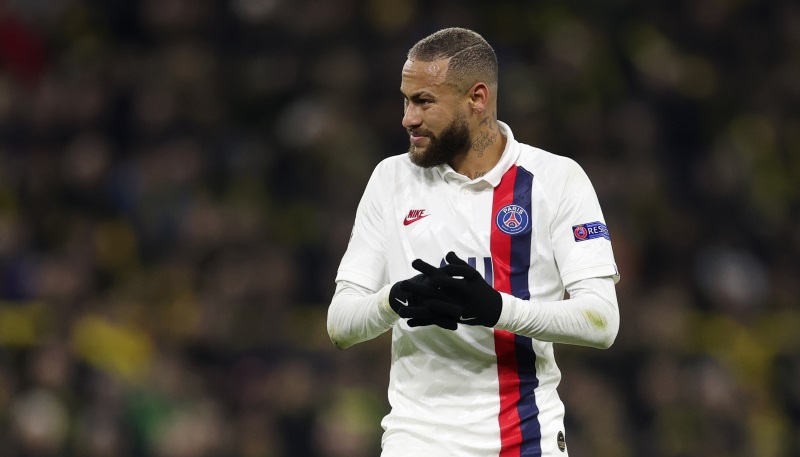 In this modern generation of football, no other player can boast the marketing power that the Brazilian playmaker Neymar Possess.

Right now after Like of Lionel Messi and Cristiano Ronaldo, Neymar is the hottest prospect in the game, the rape allegation on him in the year 2019 a little bit damaged his reputation but still, he earns huge from his endorsements.

In 2019 The French club PSG paid a world-record fee to rope in the Brazilian magician from Barcelona and he becomes the most expensive player in the world after the transfer saga and at this stage, the Brazilian international among the highest-paid athletes of all time.

At PSG the Brazilian is earning €707,692 every week as a wage and also his net worth is around $185 million USD, and with this mammoth Net worth, the PSG man makes his way in the richest footballers in the world list.

He is endorsing brands like Mastercard, Nike, Gillette, and many other entrusted brands. 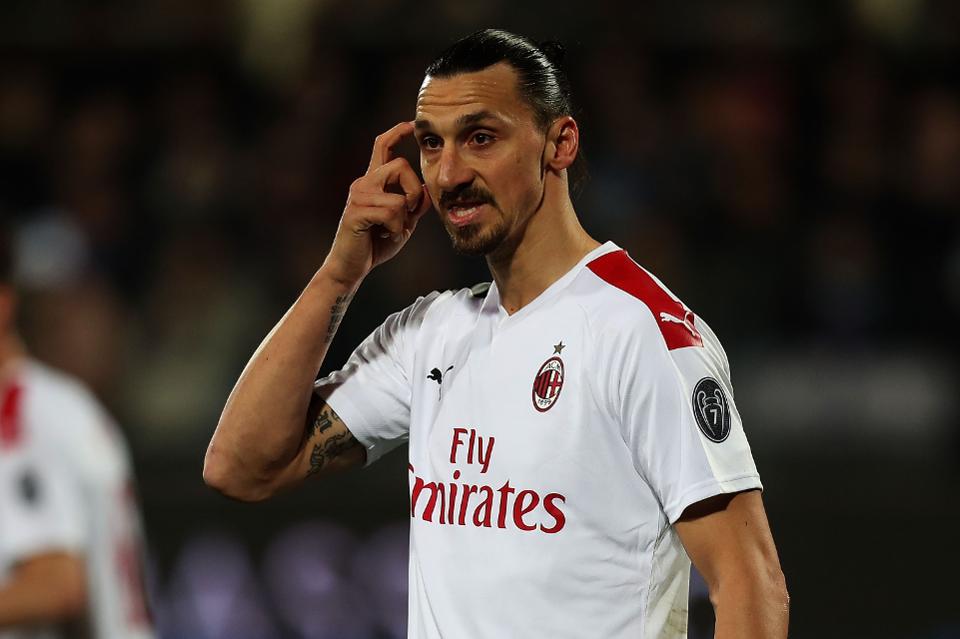 An iconic character in this footballing world Zlatan Ibrahimovic is one of its kind, often it looks like players joined the MLS to see their playing days in a much more relaxed way but the Swedish international is an exception to that.

Since his arrival at the club LA Galaxy, the towering Ibrahimovic was scintillating for the club and right now he just made his switch to his old club AC Milan to restore their golden days.

Currently, the Milan star is the brand ambassador of Nike and Nivea. 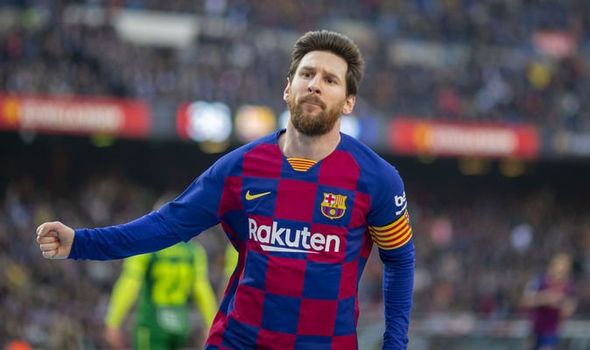 The Argentine magician is considered to be one of the greatest footballers of all time, Lionel Messi has won many trophies with his club Barcelona Including La Liga and Champions League trophy and FIFA Club world cup and along with these trophies because of the individual brilliance he has also won six ballon d’Or awards as well and among one of the richest players in the world list.

At Barcelona Messi receives $646,000 every week wage and his net worth is around  $400 million USD, and the Argentine skipper has signed endorsement deals with brands like Pepsi, Adidas, Master Card, and with his contract renewed with the Catalan giants makes him the most richest footballer in the history of Barcelona. 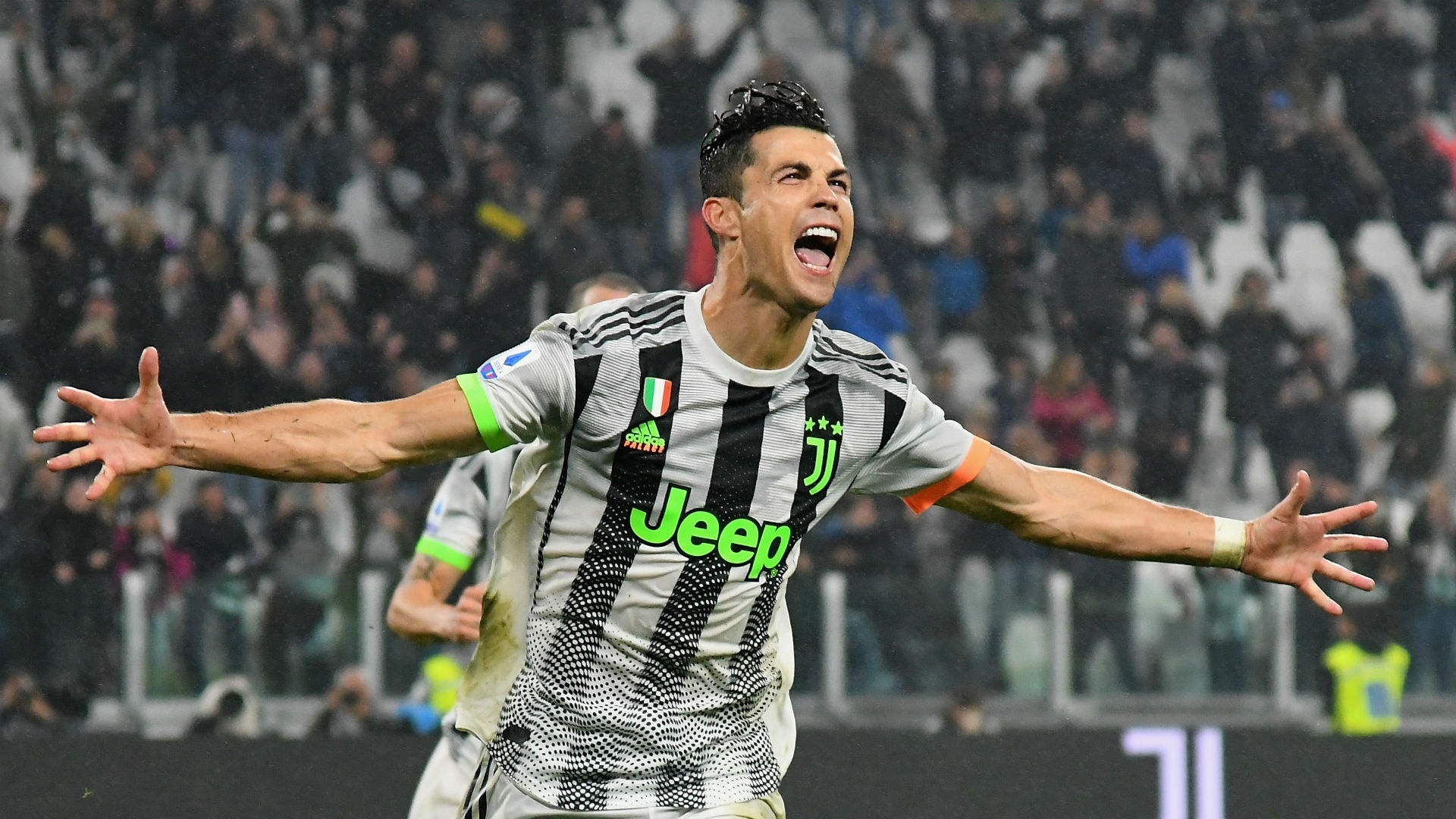 The Portuguese superstar always has been touted as one of the brightest stars of this modern-day football, in his long illustrious career he has won a plethora of trophies with his club and Country which includes 2016 UEFA Euro cup against France and Champions League trophies with Madrid, apart from this the Portuguese brilliance has also won five Ballon d’Or awards.

The Juventus man not only earns money from his game but also from his popular brand CR7 and he has also many other hotel chains Pestana which is at Madeira and at Lisbon.

With the Old Lady side, he is earning a weekly salary of $663,000 every week and his total net worth is around $450 million USD, and right now he is the highest-paid footballer in Europe.

Currently, Cristiano Ronaldo is sponsoring ads for Nike, DAZN, and Altice and with Electronic Arts, with his won brands and the value of his endorsement Ronaldo becomes one of the richest players in the world. 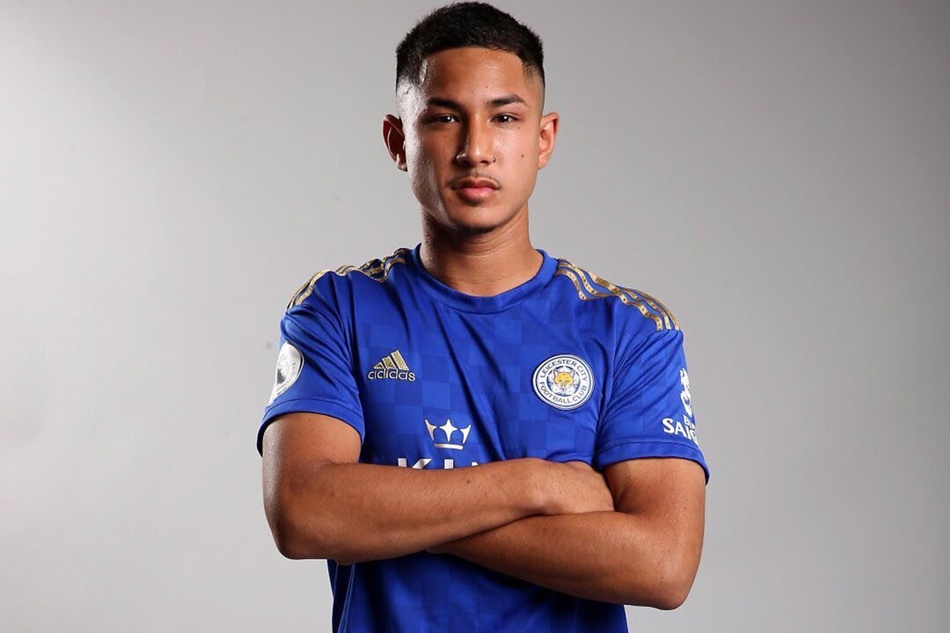 Not a common name too many football fans, but this Brunei national Is the richest player in the world.

The 20-year-old belongs from a wealthy family of Brunei, he is the son of Jefri Bolkai the Prince of Brunei and the nephew of the Sultan of Brunei Hassanal Bolkiah and he is the skipper for his country and in the club level, he is with the Leicester City as a midfielder.

He belongs from the Bolkiah dynasty which estimated worth around $20 billion USD, but for his club, he is on a very modest wage of $1000 every week, surpassing everyone the 20-year-old is the richest football player in the world.