Last night the Wales Wizard started the match from the Substitute bench but the French manager talked up about his importance to his side.

Real Madrid head honcho Zidane says that the Wales International Gareth Bale is a really important player for his side.

Last night Real Madrid won their match comfortably against PSG by 2-1 goals, and on a aggregate by 5-2 goals and advanced to the Quarterfinals.

Recently there were some rumors are in the air that the former Tottenham star could see his way out to EPL again, last night he came on the field for Madrid with 14 minutes remaining in Paris.

Question asked to Zidane, about the Winger, who has started just two Champions league match for Madrid, Zidane voiced: "The most important thing is the squad and the players. I respect all the players – Gareth Bale too.

"It's true he started on the bench in the first leg and tonight as well, but it doesn't matter.

"I have to choose players and Gareth is a really important player and will be until the end."

Last Night Zidane put Bale on the Substitute bench and he goes with Lucas Vazquez and Marco Asensio,

The young Spaniard provided an assist to Madrid at the beginning of the second half, and just after ten minutes of that the Brazilian midfielder Casemiro was on target for Madrid,

About Vazquez and Asensio, Zidane voiced: "It was important to put them in to have two banks of four defending their wide players,"

"We did that really well. Lucas is doing really well at the moment, and Marco too. We all are, but them in particular. I can't explain anything more to you.

"I have to choose every three days and today the plan was to go with those players. They did well." 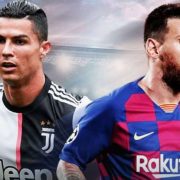