Real Madrid latest news confirmed that last night Madrid dropped more points in La Liga as they drew their match against Levante, but the Brazilian midfielder understood that now they have to lift their game.

The Brazilian midfielder Casemiro warned his team mates to  lift their performances ahead of their mouthwatering Champions league clash against the French giants PSG on this 14th Feb.

This season Madrid got another blow In the defense of their La Liga crown after they drew against Levante by 2-2 goals, they are 18 points behind the runway leader Barcelona, and the lead can go up to more if Barcelona win their today’s game against Espanyol, also they are out of the Copa Del Rey after a shock defeat against Leganes in the Quarter final, now Champions league is the best chance to claim for Zidane’s men this year.

Casemiro thinks the mistakes they had made against Levante must be eradicated against PSG, if they want to reach the next round of the Competition.

Casemiro stated: "We made two errors and we let in two goals – that's football,"

"If you make errors at the back, the opponent has the quality to punish you.

"We started playing well, with control of the game, but then we made those two errors.

"We have to think game by game, but it's clear we can't make those mistakes against PSG." 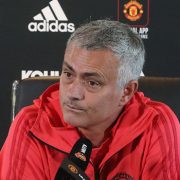