The Real Madrid centre back hailed their victory over the Bayern Munich side, but he believes that this could have been a much good result for them after the first leg.

The Real Madrid captain believes that they deserve more form that game despite they won against a very narrow margin over their counterpart in their Champions league quarter final.

After the hour mark the when the Bayern Munich centre back Javi Martinez was sent off and the Spanish side took the advantage.

After the match Ramos said: "We've taken a big step in the tie, but there's still the return leg to come against great opposition, who have shown that they're one of the favourites to win the competition,"

"The tie remains very much open, but you have to congratulate the team on the performance.

"We had to dig in during the first half, but we showed that we knew how to set ourselves up on the pitch. In the second half, we had a bit more control and dominated more of the play and that saw us create a lot of chances. Some of these ended up in goals and we come away from here keen to have scored another, which would have made things more comfortable in the return leg.

"However, we're happy and are satisfied to have got a win here, which is always very important." 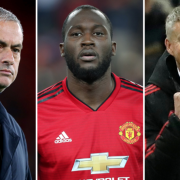