The 30-year-old Real Madrid skipper has opened the door at Bernabeu for the 18-year-old Monaco star.

The 18-year-old French star is now one of the hottest products in Europe as Europe’s elite club like Manchester United-Real Madrid and Barcelona are after him.

This season so far the 18-year-old Superstar has scored 19 goals for the Monaco team and made 11 assists for them,

Also, he made his debut for the France national side against Luxembourg.

Tomorrow the French side will play a friendly match against the Spanish team before that match Ramos said: "I do not call the president [Florentino Perez] to consult me about signings, but the gates of Real Madrid are always open for the best players,"

"If you come to Madrid Mbappe, we will welcome you with all the affection as we always do with the new players who arrive.

"But right now it's a lack respect for those in the squad to get us talking about others who are not from the club." 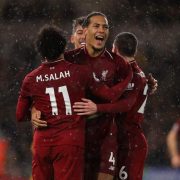