Football News: The French capital side ready to bring another star player in their squad in the upcoming transfer window.

Transfer News: PSG ready to hijack Madrid star in the next transfer window.

This season the 30 years old French international has endured a tenacious and he could move his way back to his homeland in the upcoming season. Also, his arrival means now Cavani has to fight for his spot the club is willing to give Cavani some challenge for the first team football.

Along with Benzema, they are also interested to sign the Bayern striker Robert Lewandowski and the Liverpool’s goal machine Mo. Salah, but at this moment Benzema is the most affordable option for them. 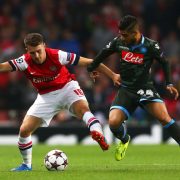