Football News: The French national coach Didier Deschamps believes that Pogba’s feud with the special one has been blown out of proportion.

Deschamps feels their tussle has been shown in a much-exaggerated manner.

This year the French midfielder played scintillating football for his country in their world cup glory, but this season he got the allegation of the bust-up with the United manager in the early time.

This season Pogba has four goals to his name for United but still, he was stripped off from the vice-captaincy spot from Mourinho, recently they got involved in the training ground row, but the midfielder said that he was banned by the club from speaking in front of media.

Last night he was named in the 30 man Ballon d’Or list, and now he is with this country for his international duty, whether he will play a friendly against Iceland and one UEFA nations league match against Germany.

About the feud of Mourinho and Pogba, the French gaffer stated: "I think it's exaggerated. Maybe you didn't watch their last game [a 3-2 win over Newcastle United], because I witnessed a great Paul Pogba.

"I think Jose saw the same thing as me. Some things happened and I think that, like is often the case, we make a big deal of something that isn't.

"It's true that there are some facts and some may have jumped to certain conclusions. When I see how Paul behaves towards the situation at his club, some may say he's done everything he could possibly do mentally and when it comes to his individual performances, to help the club.

"There is no issue with Paul. I don't want to be mixed up with anything and to interfere with any player's relationship with their coach." 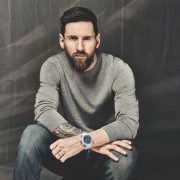