The Catalan defender Gerard Pique said he was aware of that Neymar would leave Barcelona when he tweeted that the Brazilian forward will remain at Barcelona.

In the recent past, Neymar has joined the Barcelona side and joined the PSG side for a world record fee,

On the August 3 Neymar Joined the PSG side and a few days ago Pique posted a photo of the pair and captioned it Neymar is staying.

In a Conference he uttered: "At [Lionel] Messi's wedding [at the end of June], I had an idea that he might leave. In pre-season, again, he said he would leave.

"When I wrote the 'he's staying' tweet, I knew 100 per cent that he was leaving.

"I know that he has his reasons, they could be financial, or it could be to be the best player in the world.

"He shouldn't be judged, he's a brave player. He performed extraordinarily for us.

"He hasn't disappointed me, and I don't regret the 'he's staying' tweet. Everything has a reason, and I wanted to use social media because that's an instrument I have.

"I wanted to help the club, and at least I tried, even though I knew he had made his decision."

Today Neymar might make his debut for his new club. 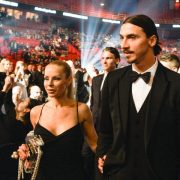