This season the Barcelona man Neymar has joined the Paris Saint Germain side for a world record fee of £200m,

This season the Spanish superstar has scored two goals in his three appearances for the Los Blancos side and also he avouched that he is happy in Madrid and he wants to continue his football here.

Question asked to the Real Madrid superstar whether he is going to leave Madrid he said: "I have a price and I do not think that I move from here.
"How much is it worth? What is put in my [buyout]clause. No, I would not go to PSG. I am very happy here.

"It seemed strange to us that Neymar left Barcelona. He was an important player for them and [the fact] that they could not keep him is a little strange."

He added: "I debuted with Mallorca's first team and Barca appeared,"

"In the end, it's the destination. It was not done with Barca and I am delighted to be at Real Madrid and to be able to defend this shirt.

"They were very difficult days. When Horacio [his agent Horacio Gaggioli] called me and told me that Real Madrid were interested in me, I said that I only wanted to play there." 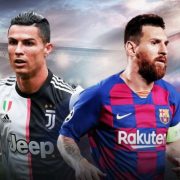