Stroke City signed in Wilfried Bony at the last day of Transfer Window after being unsuccessful to land in Manchester City. Currently, Bony signed the deal for the season-long. He netted 11 goals in 46 matches but failed to impress Guardiola to get place in City.

The 27-year-old entered in Stroke team without winning a single match out of three this season and belives to be in form as he was in Swansea for his next appearance. He went to Swansea from Vitesse for a club record fee in 2013, played a total of 70 games and netted 35 goals.

To be the division’s top scorer, he requires 20 Premier League goals but as he failed to get chance in Manchester City, it is stated that the player is not in form and struggling to be fit.

"Bringing Wilfried in was a no-brainer for us to be perfectly honest, because he knows the Premier League and has scored plenty of goals at this level," said Stroke City boss, Mark Hughes.

"He has power, speed and very good physical attributes which will undoubtedly help us, and his technical and finishing skills are outstanding too.

"Eighteen months ago he was being bought for a hugely significant amount of money, so we know that we are bringing in a top quality striker.

"Everybody is aware of Wilfried and what he is capable of, and it was no surprise that one of the bigger clubs came in for him on the back of his performances for Swansea – the only surprise has been that he didn't enjoy the success with Manchester City that we all thought he would."

Bony followed the footprints of Joe Hart, departing from City in the last day of Transfer Window. 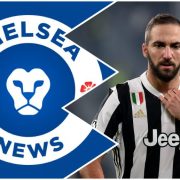