The DR Congo International will be playing under Ronald Koeman this season, and will be staying in Goodison Park until 2021.

Last Saturday the winger played for Palace in 1-0 defeat against West Borm. Many other English clubs where behind the winger, but Ronald Koeman finally got his man, and he would be a good addition to his squad.

“This is a big club and I know all about it from having played against them over the years.

“It’s not about the money for me. It’s about looking at the ambition of the Club and where they are trying to get to. I just like to play football.

“I just like to play football and it’s going to be really interesting to learn from someone like Ronald Koeman, who was obviously a top centre-back as a player and he played with some of the best players in the world.

“This season is going to be very interesting and I’m looking forward to being part of it here at Everton.” 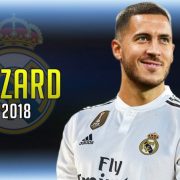