After being linked with the champion of the ISL season 1 Atletico de Kolkata, now Diego Forlan official has revealed that they are in advanced talk with the Mumbai based ISL club, but the deal is not done yet.

Atletico de Kolkata already confirmed that, their talks with the Uruguayan star has broken down and they are close to bring the Portuguese star Helder Postiga once again for the third edition of the Indian Super League.

In an interview Diego agent and his brother Pablo Forlan said, “We are no more talking with the Kolkata team. Yes, we are in advanced talks with Mumbai City. We have to see if the deal goes through,"

The 37-year-old striker will be a big boost for Mumbai City FC if they can bring him to Mumbai.

The Uruguayan striker has an experience of playing in most of the world top leagues. He started his career at Uruguayan Club where he scored 37 goals in his 80 appearances and impressed the world of football by his quality of play. 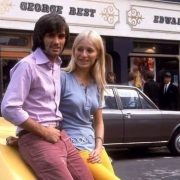