The Manchester United coach expresses that coaching the Brazilian national football team would excite him, though the special one knows the difficulties of that job.

The special one expresses that he wants to manage the Brazilian national football team and that would excite him but also said that he is looking for something easier.

The special one is one of the most considered among the best club tacticians in the football domain, he had plenty of success in his career with clubs like Real Madrid Chelsea and with Inter Milan before joining the Manchester United team.

The Portuguese manager is considering moving into international management but he also avouched that he wants some simpler jobs once he moved on from life at old Trafford.

"Coaching the Brazilian team should be more difficult. Obviously, it would be exciting. Any coach wants to work with the best clubs and with the best.

"The Brazilian team is obviously a leader of success, obviously with talent, no matter the generation, talent always appears.

"But I have to confess that it must be difficult. In every Brazilian there is a coach, in every journalist there is a better coach than the coach.

"I think it must be a difficult country to work for, but also a passionate one."

The Brazilian team is flying high under their new coach Tite and they become the first nation to qualify for the 2018 world cup Russia. 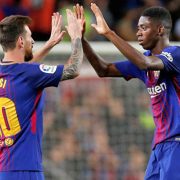