After a couple of week, the Punjab based I-League club Minerva Punjab FC at last they have registered their first win in the Hero I-League on their debut season.

Anirudh Thapa was the Hero of the Match for his wonderful display topped off with a goal which won them the match. #MPFCvMUM #HeroILeague pic.twitter.com/1sr2Q8A1i6

As before the win against Mumbai FC on Saturday the debutant club Minerva Punjab FC were at the bottom of the league with 2 points after playing two draw matches against Chennai City FC and Churchill Brothers Sports Club respectively.

As the youngsters Baoringdao Bodo (57') and Anirudh Thapa (66') struck in the second half to dash Santosh Kashyap’s desire to turn the table against the newbies. Albeit Karan Sawhney (77') minimised the gap, it couldn’t deter the Punjab outfit from clinching their maiden win in the premier football league in the nation.

Mumbai FC, banking on Kashyap’s innovative 3-1-4-2 formation, were led by Densill Theobald. Minerva army was led by Kareem and Minerva Punjab FC opted to field a 4-3-3 formation to kill the “like Catenaccio” formation played by Santosh Kashyap.

But any how after long and tough fight, the debutant Punjab based I- league club Minerva Punjab FC has registered their first win in the Hero I-League on their debut season against Mumbai based club Mumbai FC on Saturday.
And the club are currently standing at the 9th position with 5 points above the Chennai based club Chennai City FC. 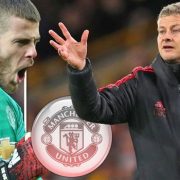