The Germany International player Shkodran Mustafi spoke about as of how Ozil has helped him to join Arsenal, convincing him to join the club.

Mustafi the 24 year old German player is all set and ready to make a smart move to Arsenal leaving behind Valencia this week on a five year deal for which he may cost the club a sum of  £35m.

Per mertesacker and Ozil will be joined by the young lad at the Emirates, while the young Mustafi also said that the playing style of Arenal is very unique and it attracts every footballer to a very great extent, and this factors is one the main reason to hit Arsenal.

"I did not see Per for a long time because he quit international football but I talked to Mesut," Mustafi told Sky Sports in Germany.

"He told me everything I wanted to know. Everything was positive, so I was convinced very fast. It did not take much.

"I have always loved Arsenal, I like how they play here, it is not typical English

"The game here is more like in Spain and with the German national team, keeping the ball on the grass, so it was easy to convince me."

He joined hands with Valencia in 2014 and is being capped 12 times by Germany. It will be very delegant to watch him play for Arsenal. 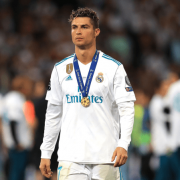