The Barcelona man was allegedly pulled into vocal quarrel with the Manchester City player after Manchester city defeated Barcelona on Tuesday.

After the match the little argentine Lionel Messi was embrangle spat with  Manchester City player, it began when both the teams leaves the field after the match ends.

Messi’s antagonist had gone to his dressing room before the few alleged that Messi shouted on the player by saying that "stupid, come here and show your face, don't hide,”, but the Manchester city Hierarchy says that this is false.

In that match the German Ilkay Gundogan netted two goals and the Belgium international Kevin De scores a wonderful free kick for his side and gave them the win over the Catalan side, everyone know that Aguero and Messi has a strong bonding they both are compatriot but Aguero revels that after the match they did not talk that much.

"No, we haven't talked. Whenever you lose you're not very happy," Aguero told reporters.

"I saw him there, he was feeling bad. I know him well enough to know when he's bad, when he's good. But when you lose, nobody's good."
Aguero added: "[I saw] nothing. I thought Messi said something to me but he didn't, and then we [the other players] talked about other stuff.

"[It was] nothing serious. I heard something but I don't know what happened.

"When someone loses you have to respect them. Leo wasn't in the mood to talk and I respect that."

Pep Guardiola Manchester City’s new boss hailed the performance that the Argentine Aguero put in their last match against Barcelona and he thinks he gave an AWSOME performance last night for them, in their previous match he was dropped out by his coach at the Camp Nou but in this match he played a  key role for them. 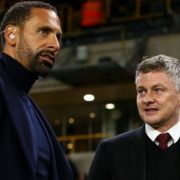 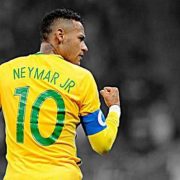