Their two goals helped their respective teams earn a draw as both Serie A leaders and La Liga leaders were held 3-3 and 2-2 respectively.

On one hand , the Barca Superstar became first player in Europe’s Top 5 Leagues to score more than 20 goals. Ronaldo on other hand became the top scorer in Serie A in Italy. He was also the top assister for 2018/19 for Juventus compared to others .

The two modern greats are always best as they continue their decade old rivalry . But there is a surprise youngster in the hunt for the Golden Shoe this season.

Other Articles related to football :

Mbappe above Messi and Ronaldo

Widely regarded as one of the best  young talents in world football, Kylian Mbappe is on the rise.

According to statistics courtesy of whoscored ,

They are the top five players in the hunt for the Golden Shoe award.

While Cristiano Ronaldo’s 2 goals against Parma helped Juventus maintain their unbeaten run in the Serie A.

While Kylian Mbappe could not help PSG from suffering their first defeat of the season. As evident, Neymar Jr.’s injury remains a cause of concern for Thomas Tuchel’s side. But the young Frenchman Mbappe  will be confident to show his abilities in the coming matches.

The young Frenchman has already scored 18 goals with PSG this season and sits for the race for the Golden Shoe. With these two legends already played this weekend, the teenager is yet to feature for Paris Saint-Germain. 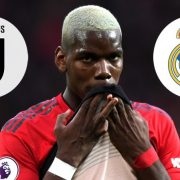