Chennaiyin FC will be taking on NorthEast United on this thursday evening at Indira Gandhi Athletic Stadium in Guwahati and will be looking for back-to-back wins. After winning the last match Marco Materzzi's men are high on confidence, but Materzzi expect it would be a tough game against the Highlanders

“Start is the same as last season but yes we do regret dropping the two points at Kolkata. If you see as to how the game was developing, we should have got all three points, and during the Delhi match I was very angry as the team did not play as well as they could have.” Materazzi told reporters at the pre-match press conference.

“We always have maximum respect for the team that is at the top of the table. They changed many players. The coach has done a very good job and it is a very well organised team and they deserve the 10 points they have. We know it is going to be tough but if we play well then we can win.” he said.

The FIFA World Cup winning Italian also batted away any suggestions that the scheduling, which has seen NorthEast play five games as opposed to Chennai’s three, stands the hosts in better stead due to superior match rhythm. “They have played five games already and we have played three so this will be the sixth game for them and the fourth for us. This is the schedule and so it’s nobody’s fault. We have to respect the schedule…all the coaches know what they are up to before coming here,” said Materazzi.

When Materazzi asked about weather he is missing the presence of Jeje Lalpekhluna, who is an in-form domestic attacker, Materazzi said“Usually Jeje has a key role in our team. He is ready and I strongly believe in him and he’s done really well in the national team as well. I pick the players regardless of their nationality and age. Last game Jerry (Lalrinzuala) was put in and he is only 18 years old and we finished the game with seven Indians. So, I have great faith in Jeje but I want all the best players to play regardless of nationality and age. I put out the best 11.” 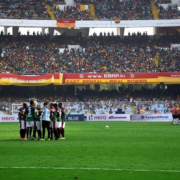 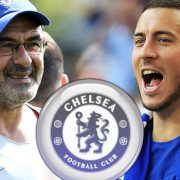