After some win and lose in the pre-qualifier for the 2019 Asian cup, the Blue Tigers are ready for a ‘unofficial friendly’ against the Dragon Kingdom Bhutan today at 15:30 IST.

The match will be played in the Changlimithang Stadium in Chang Lam, the high altitude (8000 feet above sea level) stadium in Thimphu.

According to the Indian head coach it is a tough task for his boys as the capital of the Dragon Kingdom is the third highest located capital in the world and to play in that condition is really a challenging factor for the Blue Tigers and so the Indian team arrived in the Thimphu a few days advance to know the condition of the capital and already started their training session over there.

The Indian team squad is as follows:

The Blue tiger head coach Stephen Constantine has added some new and young talent of India in his 23-man squad and he is expecting some quality of play from his boys.

In an interview with the Bhutanese media Constantine said, “I expect to win. Even if I’m playing against Brazil, I would still say the same because it is all about winning. You respect the opponent, as we do with Bhutan but, at the end of the day you play to win and not to lose,"

"Things are moving in the right direction for Bhutan. It is difficult given the population size of Bhutan and the limited resources, but the team has done very well and there is still room for improvement," he added.

On the other side the Dragon Kingdom is also looking forward for a good game. They know that this match will be a perfect warm-up match for them, as after that they are going to take on Bangladesh for the pre-qualifier of the 2019 Asian Cup and that will be their final chance to get into the Asian cup qualifier competition.

The head coach of the Bhutan Pema Dorji is heading to the battlefield with his strongest eleven and managing a formation of 4-2-3-1, where Man Bahadur Gurung, Chimi Dorji, Dawa Tshering, Lhendup Dorji are ready for the solid defense.

The squad captain Karma Tshering will be controlling the midfield area alongside Tshering Dorji.

Diwash Subba, Tshering Wangdi and Biren Basnet are looking forward to destroy the solid Indian defense and the 24-years-old Hari Gurung is taking the lead to score for his nation.

In an interview the Bhutanese striker Kencho Tobgay said, "We have the home ground advantage. Even if we lose, the margin won’t be as large as before because we have a good team," 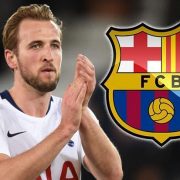