Maradona belives, Messi’s retirement was a set up to keep away himself from the criticisms of the masses and when he found the right time, he returned unquestioned.

The Barcelona superstar announced his retirement from soccer world after he missed a penalty leading to taste defeat in the hands of Chile at Copa America, June 2016 but when Argentina boss Edgardo Bauza had talks with the superstar, he changed his mind and set to return to the squad. This made question Maradona to Messi.

According to Messi, he did not want to mask himself from criticisms but he wants to return to the team for the love of his country.

"A lot of things went through my mind on the night of the final and I gave serious thought to quitting, but my love for my country and this shirt is too great," said the 29-year-old Barcelona forward.

After Edgardo Bauza had a quick chat with the star, he declared "I sense that Messi wants to rejoin the squad."

"I have no doubt that he wants to rejoin the national team… I will talk to him today and finish my list."

Some of the orthodox theorist too support the view of the 1986 World Cup winner that Messi tried to fake his retirement to be away from criticisms as it was the third time that Messi’s legs led them to be defeated in major finals.

"I do not know if Messi's retirement was a set-up to help us forget about the fact that we lost three finals in a row.

"The lad first said that he was going to give up and then took a step back and managed to change his mind in just a matter of weeks." told Maradona to Radio La Red. 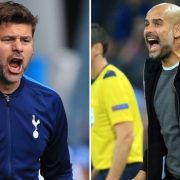