Rumours have suggested that Manchester United might move in with a transfer request to buy Bale which would cost £200million plus £650,000 a week in wages.

After leading his team to Champions League glory with a brace, Bale suffered an amazing snub from Zinedine Zidane as the Madrid boss did not talk with him even after three hours of the final whistle.

Bale was the match winner as his wonderfully struck overhead kick followed by a Loris Karius’ twin mistakes helped Real Madrid to win 3-1 against Liverpool in the final at Kiev.

Zidane had left Bale on the bench for an hour. The Welshman netted his wonder goal after 122 seconds after coming on to the pitch.

When Bale was asked if Zidane had said to him anything in the three hours after the final, he simply shook his head. Later when he was asked to confirm, he gave a firm: “No.”

Zidane had preferred Spanish midfielder Isco ahead of Bale in the final, which illustrates the massive problems between the two.

Bale has now won four Champions League titles in five years with Madrid and it is now up to the Real president Florentino Perez to persuade Zidane to keep the 28-year-old Wales superstar in the club for the next season.

Man Utd are reportedly ready to make a move for Gareth Bale.

United had previously tried to sign Bale with United manager Jose Mourinho reportedly told Bale personally that he wanted to buy him. But the forward has concerns with Old Trafford boss and his style of play.

Bale’s agent Jonathan Barnett will meet president Perez in the upcoming weeks after Bale has clearly made his intentions and feelings known.

"I should be playing week-in and week-out and I haven't been. I'm going to sit down in the summer and seriously consider what move to make next," said Bale. 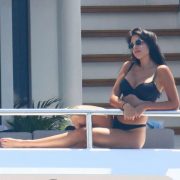