Manchester United news says that the Tottenham gaffer is angry at Jose Mourinho after last season Mourinho and Dier chat and laugh following a game.

Manchester United news says that in the last transfer season the 23-year-old English international Eric Dier was linked with a move to the Manchester United, but they could not able to lure him and instead of Dier, they brought Nemanja Martic from Chelsea.

The Tottenham midfielder is tied up with the Spurs side until 2021,

The Argentine coach says that he is angry with Dier after last season they face 1-0 defeat against Manchester United and still saw Dier and Mourinho laughing after the match.

Pochettino says: "I've told Eric he has what it takes to be the best English centre back but he has to be convinced of that himself. We've put the conditions in place for him to improve. But he broke into the national team thanks to his displays in the [midfield] holding role and ended up scoring a couple of big goals,"

"After we signed [Victor] Wanyama [in summer, 2016], Eric, who now sees himself as a midfielder, felt that we had treated him badly because Wanyama's arrival would halt his development. His performances have started to suffer this season. We've spoken a lot recently but I've felt he hasn't been telling me everything. Later on, I once again tried to understand why he couldn't shake off the shackles and I offered to help him with whatever it was.

"Nothing. Then I found out that United have made an approach and the player is being destabilised. His people have been putting pressure on him, although United are not promising anything.

"Mourinho and I had finished our interviews at Old Trafford [after the 1-0 defeat by Manchester United, December 2016] and the players were doing their warm-down on the pitch. When Jose was done with the press, he stood by the entrance to the tunnel and regarded the returning players.

"He greeted Moussa Sissoko and hugged Dier. They passed by me en route to the dressing rooms, laughing, speaking in Portuguese. Maybe it is a common Mourinho tactic, but he put Eric in a compromising position. You cannot do that after a defeat.

"'Are you friends with Mourinho?' I asked him. 'No, but I've known him a long time, from my time in Portugal… one of his godsons coached me. He always says hello.'

"I sat down with Eric after lunch on Monday and we chatted for four hours about the whole shebang: his agent, family, confusion.

"As for the Mourinho incident, 'What could I have done?' Eric asked me. He told me about United's interest since last summer [2016] and I explained the situation to him clearly.

"'Look, you aren't leaving because you signed a five-year deal with us in August. You're among the highest-paid players at Tottenham at the age of 22. You're important to us and you could become the best centre back in the Premier League.'

"Ever since that conversation, Eric admits that he could have waited for Mourinho to be out of sight before heading to the dressing room." 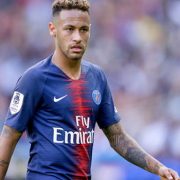