The special one rehearses his desire to sign another midfielder to comfort the burden of under fire French midfielder Paul Pogba.get more Transfer News on Sportslibro.com.

Jose Mourinho confirms that Manchester United is interested to buy a midfielder in the summer transfer, as they want a replacement of Michael Carrick.

The 36-year-old veteran English midfielder Michael Carrick will retire at the end of this season and would take the role of Manchester United’s coaching staff.

In 2016 Manchester United signed Pogba from Juventus for a world record fee and now his performance has been scrutinized in recent weeks, while in Mourinho’s charge at Manchester United they brought Nemanja Matic from Chelsea as well.

But Mourinho is eager to sign a midfielder for the upcoming season to get Pogba some freedom and he has scouted Lazio’s Sergej Milinkovic-Savic and Jean Michael Seri from Nice as an ideal man to replace Carrick.

Ahead of their FA Cup match against Huddersfield Town, Mourinho said: "We need to sign a midfield player because we are going to lose Michael Carrick,

"You can accuse me of many, many things, but you cannot say that I lied to you. When I don't want to say things, I don't say. But I don't take you in other directions.

"When I told you a couple of months ago that we don't want to sign any striker or any winger and, yes, we are looking and we are going to try to sign a midfield player, I told you that two months ago." 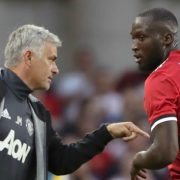