Manchester United news confirms that their news striker drew his level with Paul Van Himst and Bernard Voorhoof after scoring 30 goals for his country, and he is ready to get more goals.

The Belgium international Romelu Lukaku says that he is like a leopard in the box after he scored a brace in their match against Mexico that takes him to the Country’s all-time goal scorers list.

On this Tuesday Belgium will play their next match against the Japan, and he got a chance to make a new benchmark for his country in that match.

He elucidated: "I was born for this,"

"I just want to score as many goals as possible.

"But I really hope that this generation wins something. I want to get a trophy for this country."

"It's a dream, even if I'm a little disappointed with the result. For our fans, we should have done everything to win this game, but the Mexicans were effective.

"Paul Van Himst was someone who helped me a lot at Anderlecht. To equal his record, it is a source of pride. He remains the best Belgian player of all time and I have a lot respect for him.

"I always have confident in my ability. When you work hard it is rewarded, but the most important thing, as I always say, is the team." 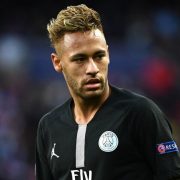