Manchester City manager Pep Guardiola believes that Chelsea, Tottenham and Manchester United are in the premier league title race along with Man City and Liverpool.

Recently Liverpool dropped valuable points in the league against West Ham for the second successive time and now they are just three points away from the second placed Manchester City and Tottenham is also breathing down the neck of these two team with two points further adrift.

Chelsea is 12 points behind the first placed Liverpool and the Red Devils who have won their seven matches out of eight games under Solskjaer now sitting at the fifth spot with addition two points behind Chelsea.

On Yesterday night the Manchester City manager voiced: “I never said Tottenham was not there, nor Chelsea,”

“I never put out all five-six teams, and United is making this run of victories every single week, they’ll be there to fight for the Premier League.

“If Chelsea is able to do games in a row, games in row, they’ll be contenders too to win the Premier League, so everybody is there. The gap is not too big.

“With 39 points to play for, when you are nine, ten points behind, it’s not too much. Seeing what’s happening right now in the Premier League, everybody is ready to take points.” 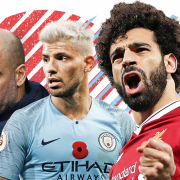