Football News: According to some reports Manchester United are considering a double swoop from the German giants for the upcoming season.

United ready to reinforce their squad with Bayern players.

The Munich pair has been linked with a move away from the German side and Manchester United see them as a perfect fit in for their squad, and they are also courting a new midfielder.

Earlier also Manchester United tried to sign the Spanish midfielder from Barcelona but at that moment he choose Munich over United and now they want to snatch him and on the other hand, the special one had shown interest on the Polish striker in his time with Chelsea and Real Madrid.

ðŸš¨RUMOURðŸš¨: Manchester United are interested in buying Lewandowski and Thiago from Bayern. Manchester tried to buy Thiago before joining Bayern but failed (The Independent, Goal) pic.twitter.com/JDJLW5zTQg

This season United is ready to outsmart their city rivals and take the dominance from them in the league and claim the silverware. 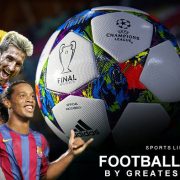