The Tottenham manager voiced: “I am happy with the performance, the way we approached the game. Of course, the performance was very good, that is a challenge for the City, to bring this type of level of performance, and be consistent.

“Still, a lot of work to do, still Man City is the favourite to win the Champions League. Of course it is going to be tough. In one week it will be a completely different game. But the win gives us the belief, we are going to be there and fight a lot.

“For me, Man City are still the favourite.”

Tottenham’s winning night gets soured with an ankle injury of Harry Kane, and Poch believes the striker could miss rest of the season.

Harry kane was out for more than one month after he had ligament injury in January and last night he rolled his ankle and caught on it by Manchester City defender Fabian Delph .

And after this incident Pochettino was found remonstrating with the Manchester City defender on the sideline.

He said: “I was talking with Delph about the situation, what happened, because he was so upset,”

“I tried to make the point that it wasn’t the intention from Harry or him to damage each other. It was just a tough action.

“I said to him he was lucky because if they’d checked on the VAR, maybe technically it was a red card, who knows. Both were fighting for the ball and had no intention to damage each other.

“But it was very friendly the conversation.” 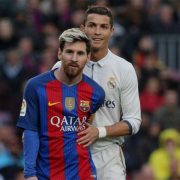