The Spanish giants Madrid is very much optimistic to sign the Belgium international from the Blues.

However, The English giants have put a price tag of £100m on the 28 year old who has one year left in his contract.

But the situation of this transfer gets more complicated because of Chelsea’s two seasons transfer ban, which will come into effect in this summer, with the verdict will be given on this Thursday.

Eden Hazard make things clear earlier in this season, and also admitted that he was torn to sign new deals with Blues or to make any long talks about the switch to Spain.

In the last October he said: “Sometimes in my head, I wake up in the morning and think I want to go,”

“Sometimes I think I want to stay. It is a hard decision. It is my future.”

The Belgium international never hidden his intention to play for the Spanish giants after a scintillating performance in the world cup for his country; he believes that he has still got one big move left in his career.

He voiced: “That’s why I spoke after the World Cup and I said that I think it is time to change because I played a great World Cup,”

“I am really in the game, I am playing good football at the moment. Real Madrid is the best club in the world. I don’t want to lie today.”

In 2012 Hazard joined the EPL giants Chelsea from the French club Lille for £32million, and till now he has made 341 appearances for them and scored 106 goals in all competitions. 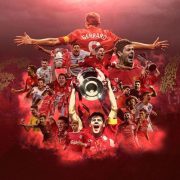