The former Spain international and Real Madrid forward Fernando Morientes Sánchez has hinted that the Madrid derby will be the most important game of the season so far as there might be no way back in the title race for Diego Simeone's side Atletico Madrid, if they fall to a defeat at the weekend.

The 40-year-old former Real Madrid’s forward Fernando Morientes, who has scored 72 goals in his 182 appearances for the Spanish giant Real Madrid before joining the English giant Liverpool in 2005 and Morientes believes the Madrid derby is more important to Diego Simeone's man, who risks falling too far behind their rivals and La Liga leaders Real, if they fall to a defeat at the weekend.

So, according to the former Madrid man Morientes, Madrid derby will be more important for Atletico Madrid and also it will be the most important game of the season so far.

As Morientes said via AS

"I think it's more important for Atleti,"

"The two plays a lot, but Madrid has not lost yet… if Madrid win, the difference would be substantial." He added.

"It is the most important game of the season so far,"

"It will be a time to analyse the starting line-up and how they act during the match, the changes, how to modify the system." The 40-year-old concluded. 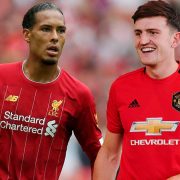