The French goalkeeper thinks that his team is not playing good football as they produce in the earlier season and he hope his side will bounce back soon and they want to play quality football against Arsenal.

It is ENGLISH PERMIER LEAGUE NEWS.

The goalkeeper urges his team that they have to now unite together and act as a team and they have to showcase what they are capable of.

Under Pochettino the Spurs side did not qualify for the Champions league next round match which has provide difficult, they lost their two matches in their four matches to sit third in the group E, and lastly they lost their match against Bayer Leverkusen.

Our front two on the ball. 0-0. 21 minutes gone. #COYS pic.twitter.com/iiTqRBbweg

In Sunday the Pochettino’s men will play against Arsenal, Loris urges his team mates to give there all as they have to show to other as they belong to the Zenith position.

"You know you can win in football but the most important thing is to play the right way. There will be a lot of expectation. It's always important to the players and the fans.

"I hope we're going to bounce back and put a great performance. If we win or lose we cannot leave the pitch with the same feeling we had on Wednesday."

Since 1995 the Tottenham side never finished above the Gunners but the goalkeeper says he and his team mate are not fully focus on to the rivals.

"You cannot fight against only one club," the Frenchman said. "I can understand the importance for the fans.

"But we are players and just try to do our job as well as possible. It's a rival but it's not only Arsenal, there are a lot of great teams. We just want to put the club as high as possible. For sure we were not expecting that last season, though." 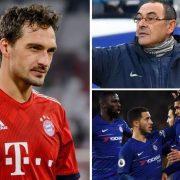 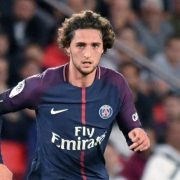